The IPFT, a two-decade-old tribal party that has been fighting to separate Tipraland from its existence, had an alliance with BJP before the 2018 assembly elections 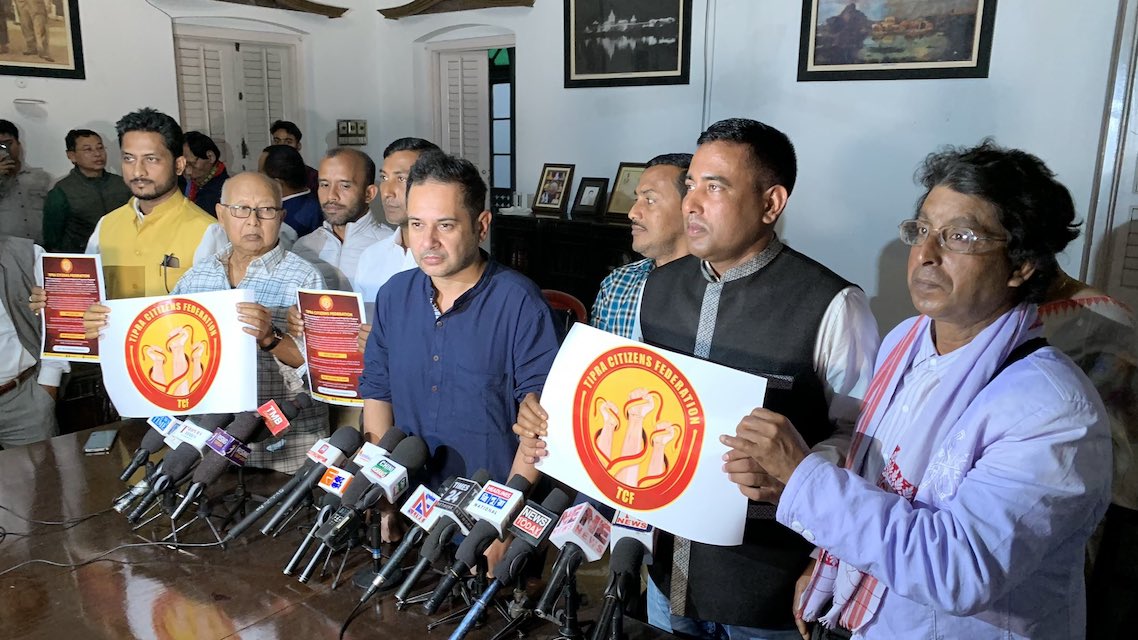 Agartala: A week after ruling out the possibility of a coalition with any Congress, CPM, or BJP, TIPRA Motha supremo and royal scion Pradyot Kishore Debbarman has announced to fight alone in the upcoming assembly elections and formally launched a non-tribal front headed by a former Congress MLA Tapas De.

According to TIPRA Motha leaders, the hardline politics of Motha propagating Greater Tipraland apparently for the tribals and the pre-condition of Pradyot to support his demand of a separate state in writing for an alliance has become a stumbling block for both BJP and Congress apprehending an adverse effect on their non-tribal vote bank.

The IPFT, a two-decade-old tribal party that has been fighting to separate Tipraland from its existence, had an alliance with BJP before the 2018 assembly elections and won as many as eight seats out of 20 tribal reserved segments. It became a part of the cabinet but is now almost eradicated, as they couldn’t achieve anything despite being in the government.

“Now it is difficult for TIPRA Motha to tone down their stand of Greater Tipraland to catch up with a national party. Forging an alliance with Motha by Congress or BJP would send a message to non-tribal voters that the latter party is supporting the anti-Bengali stand of Pradyot and certainly affect its Bengali vote bank,” the Motha leader attributed adding that non-tribal voters in as many as seven ST reserved seats out of 20 are deciding factor.

However, BJP leaders here stated that TIPRA Motha cannot choose his alliance partner having a highly electrified communal slogan. Pradyot Kishore Debbarman from the beginning played pressure politics to assert his importance but he couldn’t assess the difficulties to fight assembly elections where national parties are actively involved.

“In the ADC election, TIPRA Motha resorted to violence on every other political party supporter but we didn’t counter – it’s not that BJP was not capable of retaliating rather wanted to give a chance to Pradyot Kishore to realize the real challenge in running administration, which he misperceived as his miraculous success,” said BJP state president Rajib Bhattacharjee.

Amid uncertainty over the pre-poll alliance, Pradyot launched the TIPRA Citizens Federation platform for like-minded people cutting across ethnic, linguistic, and religious lines and said, “Motha is not just a tribal regional party but a movement for ‘Greater Tipraland’.

He also stated that Motha would nominate a number of non-tribal candidates including those from backward communities, Muslims, and tea garden workers in the upcoming assembly election. The party will give a chance to people from every backward community who want a Constitutional solution and contest between 50-55 seats in the elections.

“We are confident to win over majority seats and to secure a single-party majority in the 60-member assembly in the next elections. The people of Tripura have seen the rule of the BJP, CPM, and Congress – now Motha wants to show its commitment towards the land and the people beyond any community, caste, and religion,” Pradyot added.