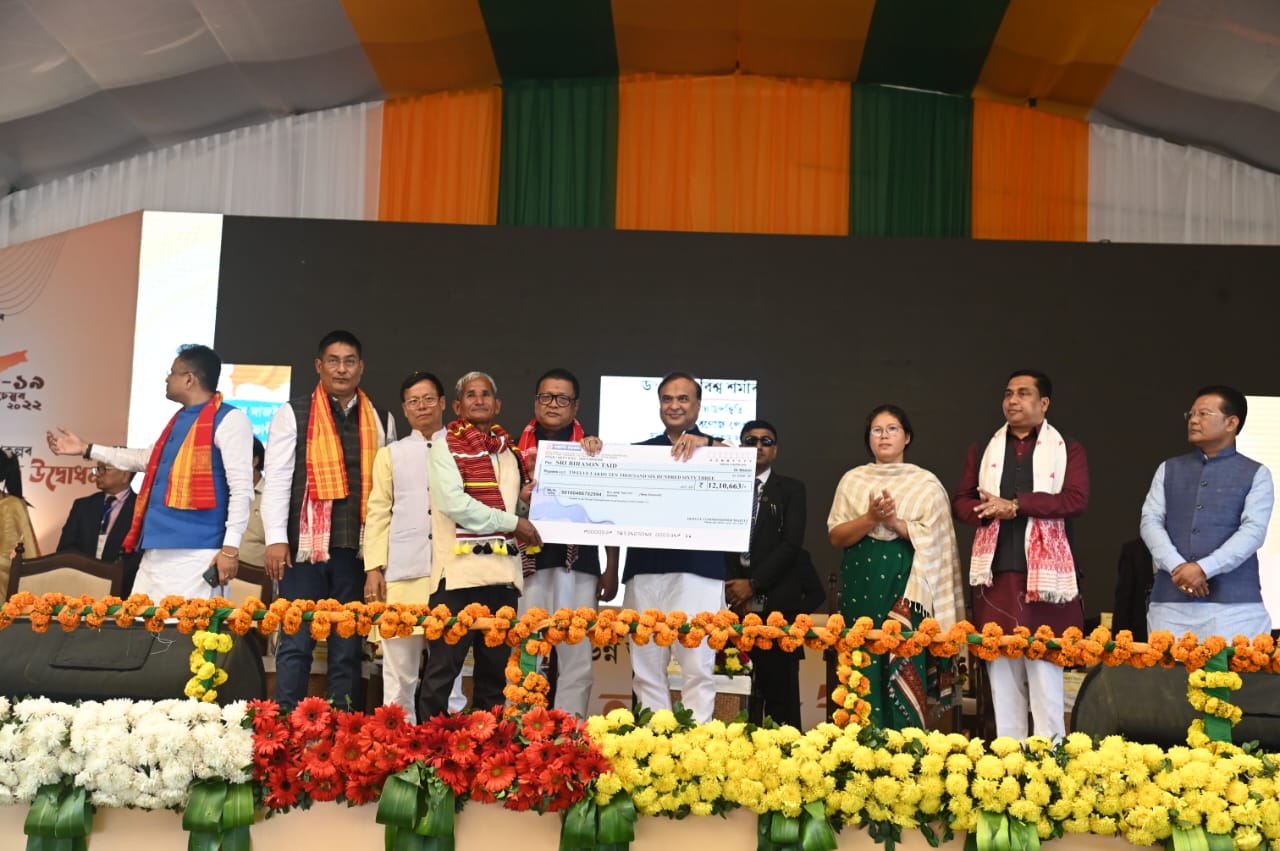 Sarma laid the foundation stone for improvement and upgradation of a road from Balichapori in Majuli to Bongalmara in Lakhimpur, including construction of two bridges over Luit and Subansiri rivers, it said.

“The project is being implemented under Government of Assam’s flagship programme Asom Mala’ at a cost of Rs 694 crore. The chief minister also handed over cheques to families affected by land acquisition for construction of the road to connect Balichapari to the bridge,” an official statement said.

Sarma also laid the foundation stone for the main campus of Majuli Cultural University at a cost of Rs 51 crore, upgradation of Government Industrial Training Institute at Bangaon and a central mid-day meal kitchen.

To address the perennial flood problem of Majuli district, he laid the foundation stone for construction of a ring bund on the banks of the Brahmaputra from Jabarchuk to Haldhibari at a cost of Rs 29 crore.