Biswajit observed that the Meira Paibee movement in the state is the outcome of the courageous role of such women, who fought bravely against colonial rule. 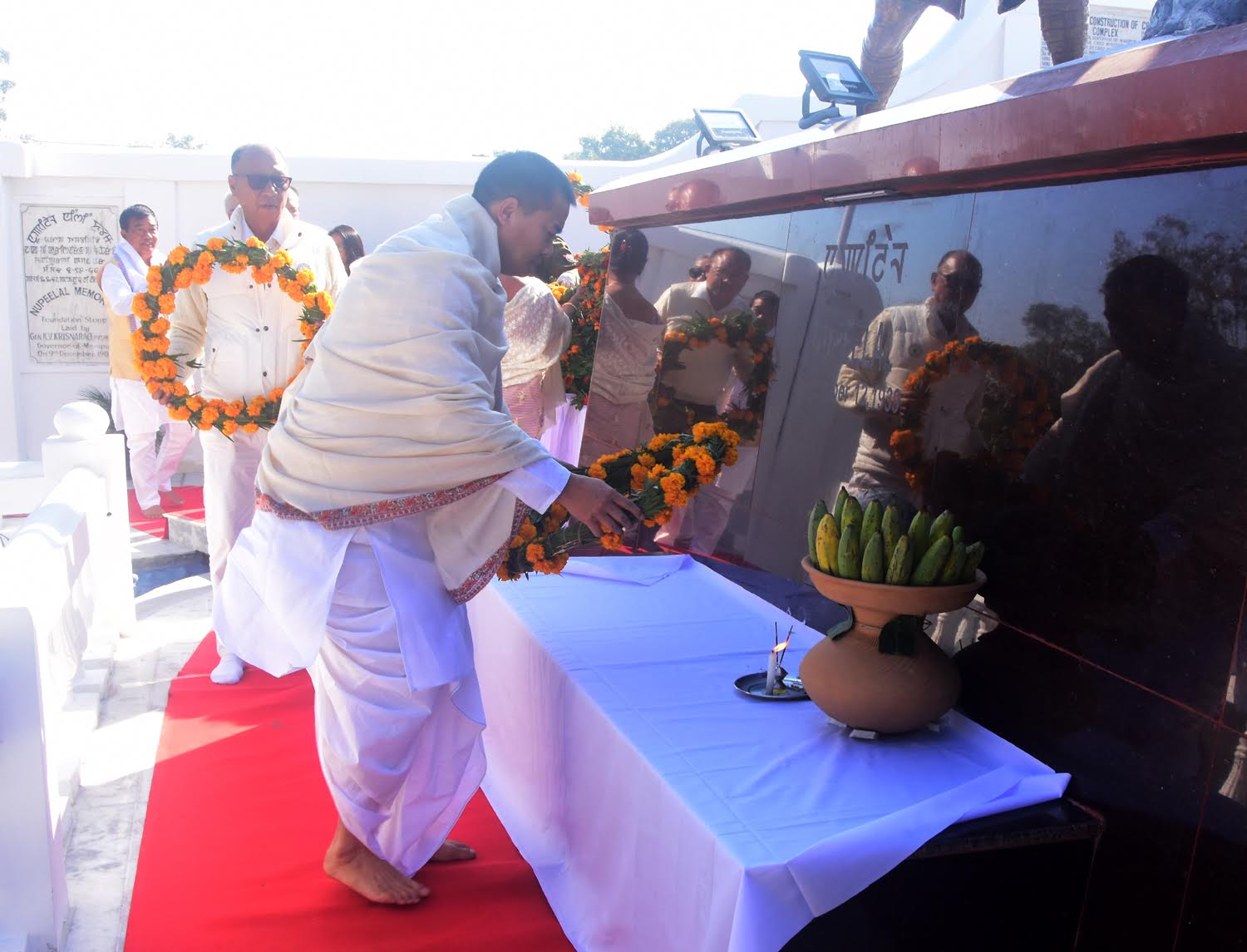 Prior to the main function, which was held at TG Higher Secondary School, the chief guest led the gathering at Nupi Lal Memorial Complex in paying floral tributes to the brave mothers who fought against colonial British rule’s oppressive policy.

Speaking as the chief guest at the function, Thongam Biswajit stated that Nupi Lan was a landmark event in the political history of Manipur. Recalling various events that led to Nupee Lal, he said that the day reminded him of the courage and sacrifice of Manipuri women and their contributions to different political and social issues of Manipur.

Biswajit observed that the Meira Paibee movement in the state is the outcome of the courageous role of such women, who fought bravely against colonial rule. Stating that the role of Manipuri women in different social issues is praiseworthy, the present government led by N. Biren Singh has taken up several initiatives for the welfare of women.

According to the minister, construction of women’s markets in seven districts has been completed, and construction of another ten markets in various locations is currently underway. Further stating that the Rani Gaidinliu Tribal Freedom Fighters Museum is being constructed in honour of the late freedom fighter, the Minister opined that such an initiative of the government is a fitting example of respect for women.

Continuing that the present government is taking a keen interest in uplifting the economic condition of womenfolk, he said that 1815 looms had been distributed under the Handloom and Textiles Department so far. In his speech, the Minister also mentioned the role of Manipuri women in running Anganwadi Centers in the State. Minister Biswajit also appealed to the people to come forward collectively for a meaningful Nupee Lal Day observation.

The president of the function, Yumnam Khemchand, said that the important roles of Manipuri mothers in different stages of history are still remembered. Only Manipur has markets exclusively run by women, the minister said.

Observing that Manipuri womenfolk have also been playing a pivotal role in protecting and promoting the culture and tradition of Manipur, Khemchand maintained that it is womenfolk who mainly uphold the traditional dresses in the state.

The observation was attended by Cabinet Ministers, MLAs, Chief Secretary, DGP, and top civil and police officers, among others.