She is scheduled to address all the public representatives in the state at the Orchid Lake Resort at Umiam (Barapani) near here at 12.30 pm on Wednesday. 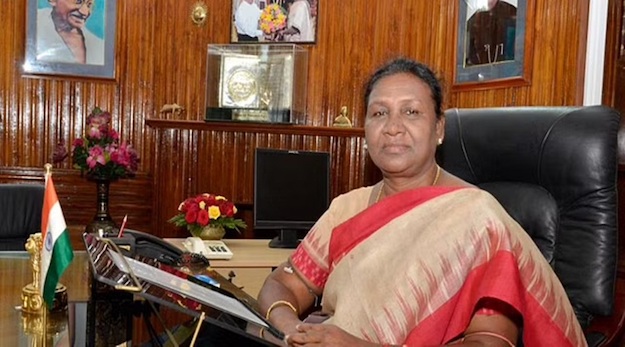 She is scheduled to address all the public representatives in the state at the Orchid Lake Resort at Umiam (Barapani) near here at 12.30 pm on Wednesday.

“The NDA strongly believes in empowering women and uplifting tribals and backward classes. It will be a matter of pride and honour for all of us to have a tribal in the constitutional position of the President of India,” BJP national executive member and in-charge presidential election, Hek said.

Hek, a former minister, appealed to all public representatives in the state to “rise above party lines” and support the first tribal lady as a presidential candidate.

The BJP, which has two MLAs, is part of the National People’s Party (NPP)-led ruling Meghalaya Democratic Alliance (MDA), which is a constituent of the NDA.

Chief Minister Conrad K Sangma, who is also national president of the NPP was one among those who had accompanied Murmu while filing her nomination papers in New Delhi recently.

The NPP, and other constituents of the MDA, including the United Democratic Party (UDP) have already announced their support for Murmu.

However, the opposition Trinamool Congress in the state, which is led by former chief minister Mukul Sangma, has not yet made its position officially known, though it is widely expected that the party would support the candidature of Yashwant Sinha of the opposition.