The deceased include 28 Territorial Army personnel, with the rest being civilians, Railway workers and engineers. 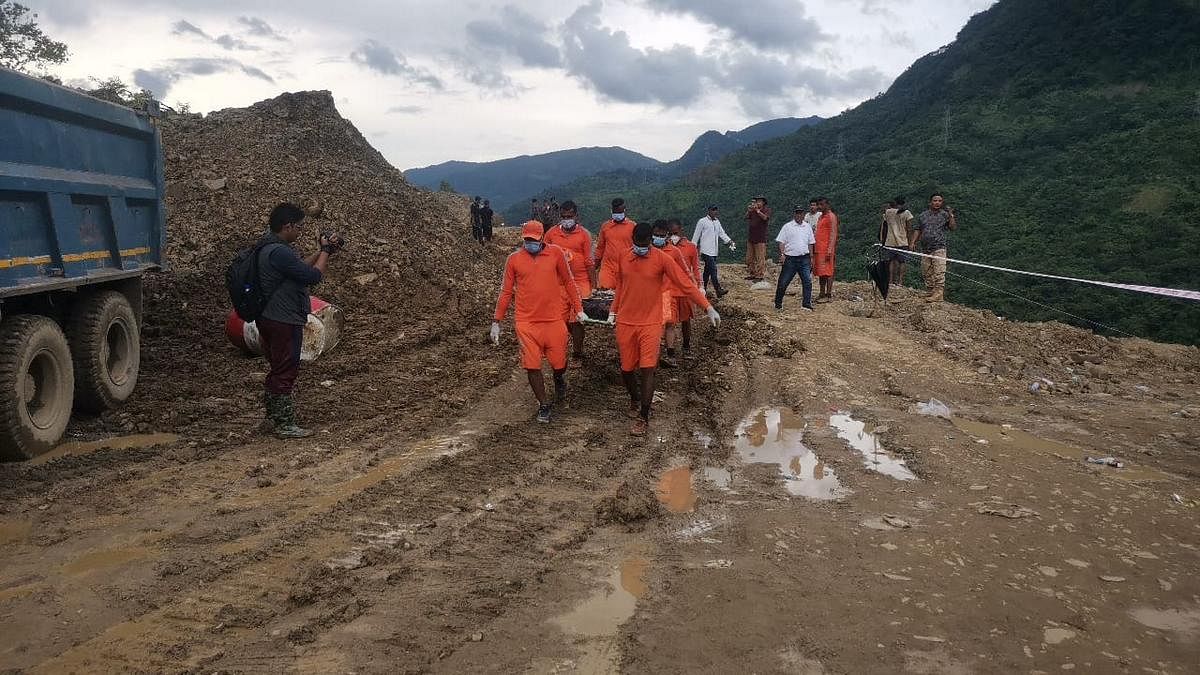 Imphal: Massive search operations were continuing to find the remains of around 14 missing persons while 47 bodies have been recovered so far at the landslide area in Manipur’s Noney district, officials said on Tuesday.

The deceased include 28 Territorial Army personnel, with the rest being civilians, Railway workers and engineers.

A devastating landslide that occurred in Tupul of Noney district on the intervening night of June 29 and 30 caused a major disaster, prompting the authorities to conduct a massive rescue operation by roping in over 800 personnel . High-tech machinery, dogs, excavators, JCBs were also used. Those who took part in the rescue work said the recovery of bodies and their identification were becoming problematic.

Due to bad weather, heavy rainfall and more landslides were reported in nearby areas. Traffic movement on Imphal to Jiribam highway remained affected due to the landslide and people in downstream areas were also evacuated.

Meanwhile, on Tuesday a solemn wreath-laying ceremony was held at Tulihal Airport in Imphal to pay tributes to a JCO and a soldier who died in the unfortunate incident.

The Manipur government has announced Rs 5 lakhs for the next of kin of each of the deceased and Rs 50000 for those who were injured in the incident.