Chronic exposure to UV light, long-standing scars and arsenic (chemical element) can cause skin cancer, which often affects the elderly. 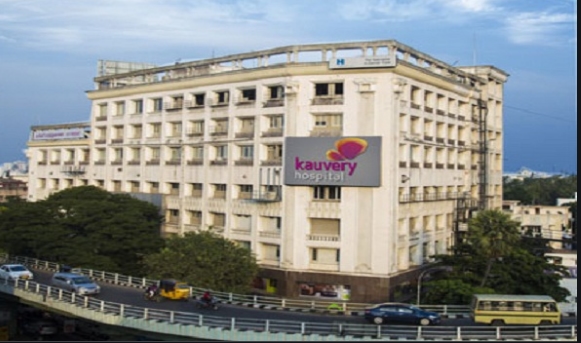 Chronic exposure to UV light, long-standing scars and arsenic (chemical
element) can cause skin cancer, which often affects the elderly.
Speaking about the treatment, Dr A N Vaidhyswaran, Director and Senior Consultant, Radiation Oncologist, has successfully treated the 74-year-old man with a hyperpigmented and ulcerated growth just below his nasal bridge, using radiation therapy.

He said the patient was experiencing pain due to the lesion. He was initially evaluated in another hospital where a biopsy revealed keratinizing squamous cell carcinoma (type of skin cancer). He was advised surgical excision followed by a flap to cover the defect but the patient was reluctant to undergo surgery and came to Kauvery hospital for further management.

In this case, radiation therapy was given to the cancerous area to treat the tumour.

The success rate of treatments for skin cancer is 95 per cent.
“We examined the patient thoroughly and went through all the reports. He had a 1.5cm sized, almost circular, necrotic (premature death of cells) and excavated lesion just below his nasal bridge. It was situated slightly left to the midline, Dr Vaidhyswaran said, according to a hospital release today.

As the growth was present over the nose, it was unappealing cosmetically. “After obtaining informed consent, we decided to proceed with radiotherapy with an electron beam. We positioned the patient and immobilized him with a thermoplastic face mask. A custom made cut out was made according to the growing size and radiation treatment field, which was positioned in the electron applicator. An electron beam is a form of ionizing particle radiation which can deliver a high dose to the skin surface.

This will spare the deeper normal tissues.”, he said. This was ideal for this patient and the treatment lasted about 5.5 weeks,” he added. There was a visible difference during the treatment, and the necrotic area had healed.

The skin was also healing and the region was covered with a scab (a layer of skin). The region had mild dermatitis and pigmentation and this was managed through ointments.

“After eight weeks patient came for the follow-up. We examined him and found no trace of tumour, and the ulcer had completely healed. There was very mild pigmentation of the skin which was insignificant”, he said.

Kohima: Union Minister for Agriculture and Farmers’ Welfare Narendra Singh Tomar has said that Nagaland is rich in the...
Assam