Under the licensed partnership, Terra Virtua will create unique digital collectables featuring the Indian Super League and all its 11 clubs. 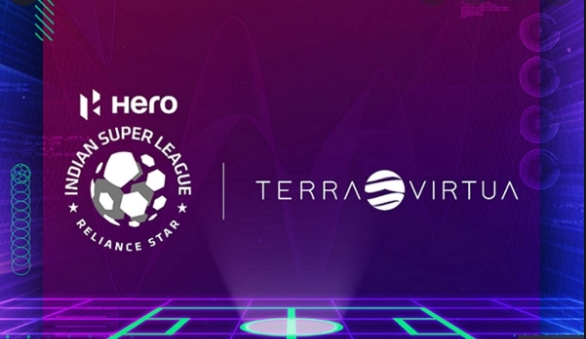 Mumbai: The Hero Indian Super League (ISL) on Wednesday announced a landmark partnership with London-based Terra Virtua Limited to launch its exclusive non-fungible tokens (NFTs) as digital collectables ahead of the 2021-22 season.

Terra Virtua is the world’s first fully immersive social, digital collectables platform and is one of the world’s leading creators and marketplaces using blockchain technology. It currently offers themed digital collectables across a range of popular movies, television shows and comic books. This partnership with the ISL is Terra Virtua’s first foray into the dynamic sports ecosystem.

Under the licensed partnership, Terra Virtua will create unique digital collectables featuring the Indian Super League and all its 11 clubs. Since the ISL’s launch in 2014, the league’s many memorable moments, player cards, in-match highlights and more will be made available for fans to purchase and trade as interactive memorabilia through Terra Virtua’s unique marketplace.

Says Hoshedar Gundevia, ISL’s Head of Digital: “Digital collectables have been one of the most talked-about fan engagement avenues in 2021, and ISL being a young league would like to keep pace with the demands of India’s millennial and Gen Z audience segments.

“We are extremely excited to be working with Terra Virtua to remain at the forefront of the next wave of innovation around fan engagement. Digital collectables offer innovative opportunities for the league and its clubs to connect with the growing Indian football market and attract newer audiences.”

Terra Virtua CEO and co-founder, Gary Bracey commented ”This is a big day for the future of Indian and international sport. The partnership signals a fundamental shift in the way sports fans will be able to engage with their favourite sports teams going forward, allowing them to collect and trade Interactive player merchandise and dynamic digital memorabilia with fellow fans.”

The partnership also demonstrates strong, continued growth in the NFT market, reinforcing that digital collectables are the future of fan merchandise and digital art.

The announcement comes fresh off the news that Terra Virtua recently switched its platform from the Ethereum blockchain to Polygon in a drive to be more sustainable. By making the change, the NFT pioneer has reduced its energy usage in minting NFTs by over 99 pc Sandeep Nailwal, COO & Co-founder at Polygon commented ”We are really excited to be involved with Terra Virtua as they embark on their deal with the first mainstream Indian sports brand releasing NFTs. As an India-based company, we are huge fans of the ISL and look forward to seeing how Terra Virtua empower and immerse soccer fans with their digital collectables.”

Information on the collectables available will be announced ahead of the ISL tournament 2021, starting on November 19, 2021.