FIFA WC: Argentina outclass Poland as both advance to last-16

With their victory, Lionel Scaloni’s team leapfrogged Poland into first place in Group C. They will next face Australia in the round of 16, while Poland must take on world champions France. 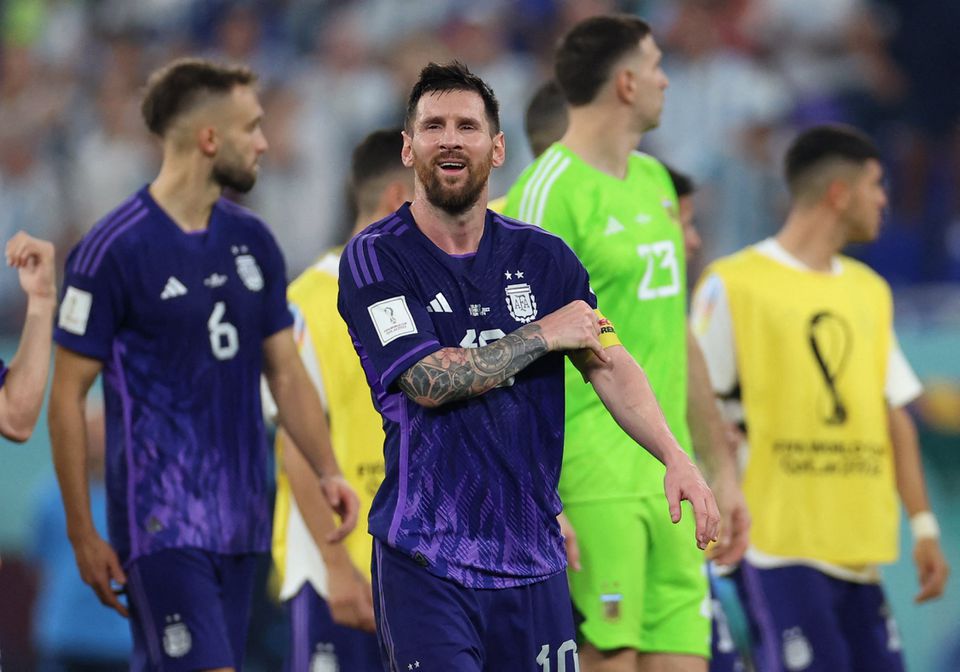 Doha:Argentina made sure of their place in the round of 16 with a 2-0 victory over Poland in the Group-C game here at Stadium 974.

Poland, a well beaten side on this occasion, will join them in the knockout stages thanks to their superior goal difference over a Mexico side, who also finished on four points after Wednesday’s game.

With their victory, Lionel Scaloni’s team leapfrogged Poland into first place in Group C. They will next face Australia in the round of 16, while Poland must take on world champions France.

On a night when Lionel Messi had a penalty saved superbly by Wojciech Szczezny, it was one of the squad’s less celebrated names, Alexis McAllister, who broke the deadlock with his first international goal just after half-time.

Julian Alvarez ended any doubt for a rampant Albiceleste when collecting a pass from Enzo Fernandez and curling a shot into the corner.

With their performance, Argentina dispelled any lingering after-effects of that opening loss to Saudi Arabia and could easily have won by more goals against opponents, who did not manage an attempt on target.

Argentina were positive from the outset and in the 29th minute saw Marcos Acuna drill a fierce shot just past the far post.

Ten minutes later Messi had an opportunity from the penalty spot after Szczezny was adjudged, after a VAR review, to have caught him with his hand after Argentina’s skipper had beaten him to a cross. Yet the Juventus goalkeeper responded magnificently by throwing himself to his left and raising a strong arm to parry Messi’s strong strike.

The second-half goals from McAllister and Alvarez were the least Argentina deserved as they pushed for more goals, with Poland grateful to Jakub Kiwior for a late goalline clearance from Nicolas Tagliafico.