Konwar’s killing has been considered a big success for Assam police on the backdrop of the renewed drive against drugs and other crimes in the state. 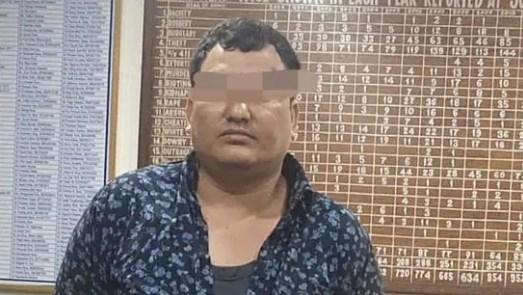 Sivsagar: A dreaded criminal, Bubu Knowar alias Bindo Gogoi, in Upper Assam who was involved in at least 40 killings and part of an inter-state car lifting was shot dead in an encounter with the police in Sivasagar district in Upper Assam.

According to police, he was involved in about 40 killings which included businessmen, politicians and school teachers.

Earlier, Gogoi was arrested by Assam police in 2015 but he got freed due to lack of evidence.

Konwar’s killing has been considered a big success for Assam police on the backdrop of the renewed drive against drugs and other crimes in the state.

“One veteran criminal, Bubu Konwar, has been grievously injured in exchange of fire with police at Geleky in Sibsagar when he targeted the police team. He has been taken to hospital. One pistol has been recovered from his possession,” special DGP GP Singh tweeted on Wednesday night. “Bubu Konwar succumbed to his injuries and was declared dead at Geleky civil hospital,” he added later.

According to police, the incident took place when Konwar, who was on a scooter with an associate, tried to flee a police check and fired at the personnel. His associate managed to escape.

Konwar, who began with petty thefts and robberies when he was 16, took to stealing cars, murders, kidnappings and extortion. He was arrested on several occasions but managed to get bail.

Konwar also lost three fingers of his right hand while trying to make a crude bomb at home 13 years ago. With agency inputs