The department said the business group is a prominent steel manufacturer and trader of Pune, Nashik, Ahmednagar and Goa. It did not disclose the name of the company. 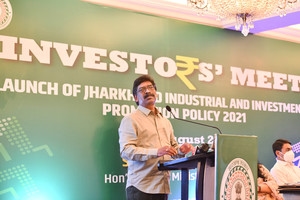 New Delhi: Carrying out search and seizure operations on a steel company based in Maharashtra and Goa, the Income Tax (I-T) Department has claimed to have unearthed hidden income of over Rs 175 crore including unaccounted cash and jewellery.

“So far, a total of Rs 175.5 crore of unaccounted income has been unearthed including unaccounted cash and jewellery, shortage and excess of stock and bogus purchases. The search operation is still continuing and investigations are in progress,” Income Tax Commissioner and spokesperson Surabhi Ahluwalia said in a statement.
Over 44 premises of the business group were searched during the operations on August 25.

The department said the business group is a prominent steel manufacturer and trader of Pune, Nashik, Ahmednagar and Goa. It did not disclose the name of the company.

“During the course of the search and seizure operation, many incriminating documents, loose papers and digital evidences were seized,” the statement said.

Evidence detected during the search allegedly revealed that the group was engaged in fraudulent practice of booking bogus purchases of scrap and sponge iron from various fake invoice issuers.

“With the active support of GST authorities, Pune, vehicle movement tracking app was used to identify fake e-way bills. Total bogus purchases identified from these parties, so far, is about Rs 160 crore,” said the I-T Department.

The verification is still in progress and the quantum of bogus purchases is likely to increase substantially, it added.

Munich/New Delhi: Prime Minister Narendra Modi, who is in Germany will be attending the G7 Summit today in...
Politics