“Be it Parliament, Vidhan Sabha or Panchayat, our focus should be on increasing the participation of the people in the decision making processes and making these institutions more sensitive to the problems of the people so as to strengthen their trust in the democratic institutions.” 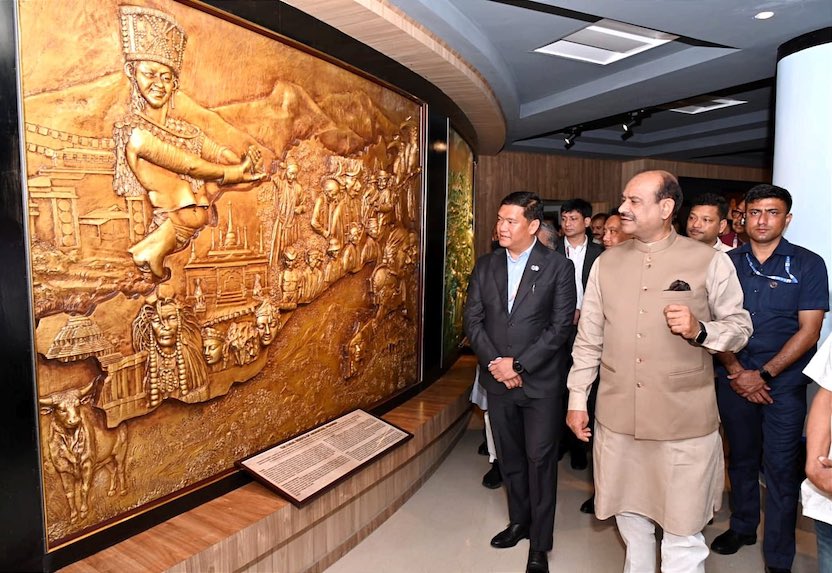 Inaugurating the Commonwealth Parliamentary Association (CPA) India Region Zone III Conference at the Dorjee Khandu Auditorium of Arunachal Pradesh Legislative Assembly here, Birla said, “At present, the biggest challenge before our democracy is to create a socially, politically, economically and legally conducive environment which can enable every section of our society to participate in the governance process to its fullest potential.

“Be it Parliament, Vidhan Sabha or Panchayat, our focus should be on increasing the participation of the people in the decision making processes and making these institutions more sensitive to the problems of the people so as to strengthen their trust in the democratic institutions.”

Talking about the North-Eastern region, the Lok Sabha Speaker, who earlier inaugurated the state-of-the-art museum of the Arunachal Pradesh Legislative Assembly, said, the developmental journey of this region has been very challenging due to the unique political and geographical situation of the region.

“There are still many gaps in the field of infrastructure, education, health, security, connectivity due to various reasons. We have to address these issues,” he said.

Citing that the Narendra Modi dispensation at the Centre has been giving more focus on the North Eastern Region, the Speaker said, “We have to consider how to formulate developmental schemes of this region with public participation and cooperation while protecting its ethnic heritage, environment and natural resources so that employment is generated and prosperity could be ensured.”

Further noting that the NE region has been affected by extremism and terrorism for a long time, he said, “The more we nurture democratic ethos, involve people in the democratic processes, make action plans for development as per their aspirations, the more we will be able to move away from extremism and terrorism.
The change is coming to the North-East. The Central and state governments are working together for the socio-economic development of this region…Today, people are convinced that extremism is not the solution to any problem,” he averred.
“Geographically and ethnically, North-East Region is unique but with significant commonalities. Therefore, the action plan for the all-round development of the region should be prepared keeping in mind these commonalities and differences,” he further said.

He also said, “Prime Minister has said that the North-East region is the engine of India’s development. The Government of India has taken many important decisions for infrastructure development in the region under the ‘Act East Policy, which is being implemented rapidly.

North-East is the only region in India, for which the Government of India has constituted a special ministry for its integrated development. The Central Government has made continuous efforts for the all-round development of the North-East Region through Act East Policy.

Union Ministries have been directed to spend 10pc of their budget in the North-East Region, he said, adding that “Outcomes of these efforts are visible now”.
“For the last couple of years, work is going on at a rapid pace in the field of power, water supply, health, education, tourism, airport, rail, road, telecom, Internet connectivity, science and technology in the North-East. Better connectivity and means of transport will translate into development of this region, creation of employment opportunities which in turn will usher in a new era of prosperity for the people. I have no doubt that North East is heading towards a golden future,” the Speaker said.

Before concluding his speech, Birla exuded confidence that the CPA conference will send out a positive message, not only to the North East but to the whole of India, as to how we can use our democratic institutions for maximum public welfare.

“I hope this conference will pave way for strengthening our democratic practices and parliamentary policies and unleash new dimensions of development in the North East Region,” he said.