According to his father Jayanta Malakar, a betel leaf cultivator told the media that Rajkumar has already spent over Rs 7 lakh on the experiments and procuring several mechanical tools from different parts of the country over the last 15 years. 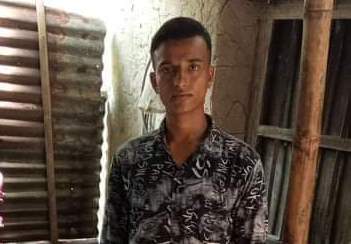 By Anish Bhattacharjee
Ambassa: A 28 –year old farmer of Chhoto Surma village of Kamalpur in Tripura’s Dhalai district has sought the attention of Prime Minister Narendra Modi to popularize his invention of pneumatic motor using wind energy that converted compressed air energy to mechanical power to run an engine.

Rajkumar Malakar, an arts graduate has been working on a mission to invent an engine using non-conventional sources of energy since 2008 when he was studying in Class X getting motivated by the teachers of physical science who taught him the conversion of energy for scientific development.

According to his father Jayanta Malakar, a betel leaf cultivator told the media that Rajkumar has already spent over Rs 7 lakh on the experiments and procuring several mechanical tools from different parts of the country over the last 15 years.

“He was not interested in studying Science in higher secondary taking the plea that it would hamper his mission to invent the pneumatic motor. Rajkumar had been admitted to the arts stream and graduated with good marks. But he didn’t stop his activities besides helping my farm work and forward business,” said Malakar.

Rajkumar claimed the engine runs with air from the atmosphere and would be able to recycle air energy with any loss of velocity, which is much more powerful than the engine functions petrol and diesel without harming the environment.
However, the machine needs to be revalidated in any research institute or a certified company for bringing it into use for mankind, he stated.

“My invention is eligible for getting a patent as an indigenous technology and can be modified further with other features for commercial use on larger scale. I want to extract the scope of PM Modi’s local for vocal slogan and seek his support to get it’s tag,” Rajkumar stated, adding if gets adequate financial assistance and other support an air-run engine can be manufactured for use within a month.