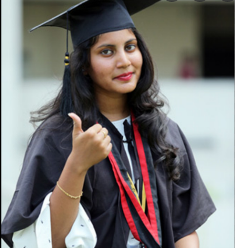 Colombo: A Sri Lankan academic has come out in support of the government for introducing English as the medium of instruction in the Law College.

This “will definitely ensure the quality of the lawyers produced by the Law College and it will also increase their employability”, M.A. Kaleel said in The Island newspaper on Wednesday.

“It will help them with their higher studies and foreign employment as well. It will boost their image too in the eyes of the public. People would always try to look down upon a lawyer speaking halting English or no English at all.”

“The arguments of some opposition parliamentarians that the introduction of English as the only medium of instruction in the Law College will discriminate against students from rural areas do not hold water,” he said.

Foreign Minister Ali Sabry quashed their concern with his well-posed rhetorical question: “If the students from rural areas can study medicine and engineering in English medium even without a pass in O level English, how come the students admitted to the Law College through an entrance examination including an English language test cannot do it?”

Kaleel said the standard of English of most lawyers who studied law in the vernacular is very poor.

“These lawyers themselves admit that their English language proficiency is poor and they cannot refer to legal books in English. Nor can they draft documents in English. They cannot go to higher courts for legal practice either. Prospects for foreign employment for them are bleak too.”

In the 1970s, Sri Lanka thrust the Sinhala language on the entire country, inadvertently planting the seeds of Tamil separatism. Decades later, there is a growing realization in the country that knowledge of English is as important as knowledge of one’s mother tongue.