With 1,492 active COVID-19 cases and 17 per cent positivity rate, the East Khasi Hills, which includes state capital Shillong, is the most affected district 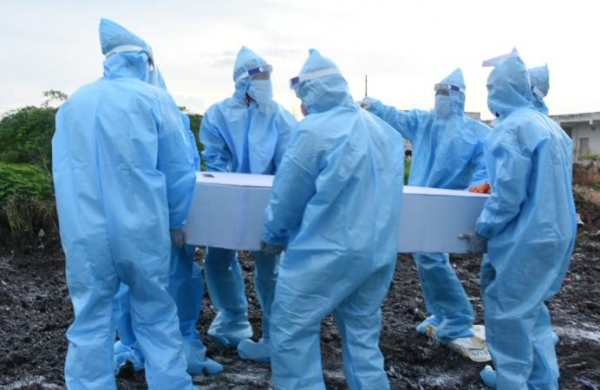 Shillong: The COVID-19 pandemic continued to take its toll in Meghalaya, with six more patients succumbed to the succumbed to viral infection, taking the fatality count to 199 on Friday.

The state also detected 297 new cases of infection surged the number of active cases to 2,466, while 176 more recoveries from the viral infection added up to 16, 262 recovered cases in Meghalaya as on Friday.

With 1,492 active COVID-19 cases and 17 per cent positivity rate, the East Khasi Hills, which includes state capital Shillong, is the most affected district, which has been brought under total curfew since Wednesday evening to continue up to Monday morning.

Meanwhile, weekend lock-down will be imposed in all the districts in the State from Saturday, while Board examinations which were scheduled on May 6 and 7 have been postponed to May 11 and 12.

During the lock-down, health and essential services will be exempted and the vaccination drive will continue, officials said.

Meghalaya has so far registered 18, 927 confirmed Covid-19 cases, while 1, 16,347 persons from outside have entered the State since the onset of the pandemic, even as 4,61,851 persons have tested negative for the virus out of the 4,80,778 persons who have been tested for COVID-19 in the State till date.