SC advances summer vacations by one week amid Covid-19 spike

"Instead of May 14, the Summer Vacation will now commence from May 8 and would end on June 27", SCBA president Adv Vikas Singh said. 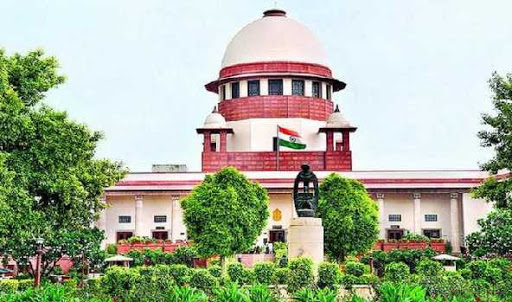 New Delhi: The Supreme Court on Monday decided to advance the summer vacation of the apex court by one week in view of the COVID-19 situation in the national capital.

“Instead of May 14, the Summer Vacation will now commence from May 8 and would end on June 27”, SCBA president Adv Vikas Singh said.

Supreme Court sources clarified that CJI Ramana has in principle agreed to place the proposal before the full court for a final decision, though no official decision has been taken yet.

On Sunday, the SCBA had written to CJI requesting the summer vacation should be curtailed by a week from seven weeks to six weeks citing the second wave of the pandemic and the Delhi government’s lockdown till May 1.

In the letter, the bar body also pointed out the lack of medical infrastructure in and around the National Capital has hampered the admission of lawyers, court staff, and their families in hospitals in this hour of need.

It also urged to convert the newly-constructed counsels’ chamber building to a COVID-19 care centre for the members and the families of the legal fraternity affected by the pandemic.