One of the wealthiest politicians in Westminster, Sunak became Britain's third PM in less than two months. However, he became the youngest leader in modern times to become Britain's PM. 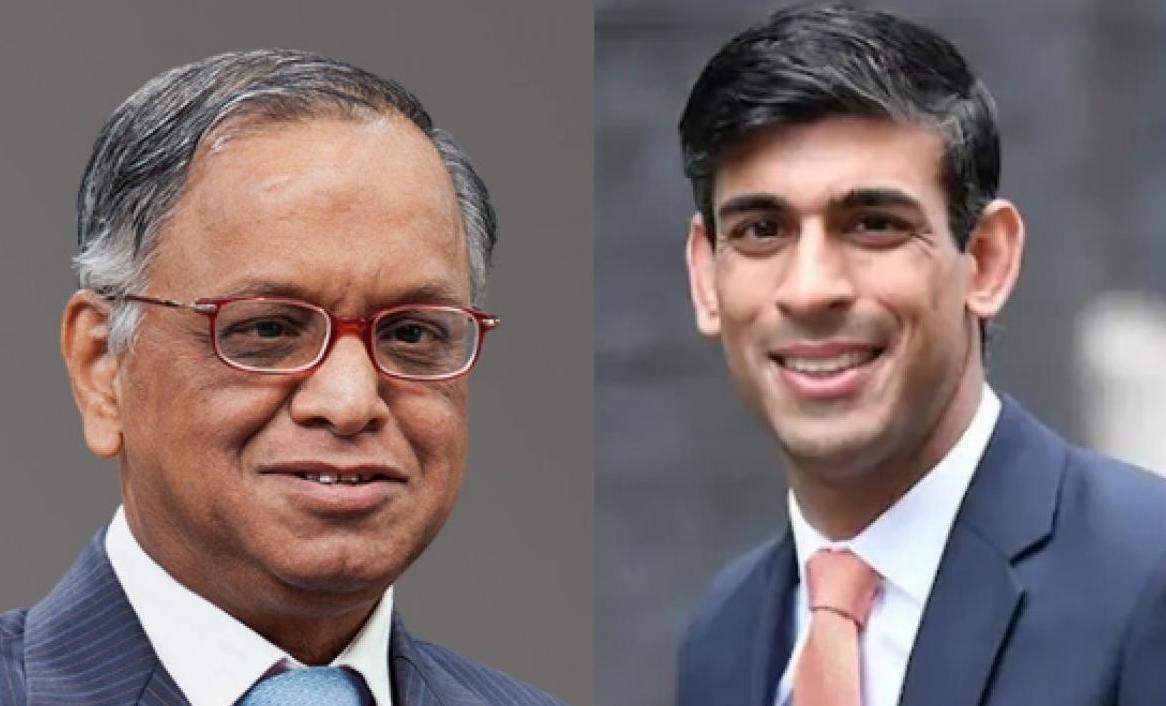 “Congratulations to Rishi. We are proud of him and we wish him success,” he said in a statement here.

Murthy, who is father-in-law of Sunak, said, “We are confident he will do his best for the people of the United Kingdom.”

The British PM is married to Murthy’s daughter Akshata Murthy.

Sunak on Monday became Britain’s first Indian-origin PM after he won the race to lead the Conservative Party.

One of the wealthiest politicians in Westminster, Sunak became Britain’s third PM in less than two months. However, he became the youngest leader in modern times to become Britain’s PM.

Sunak was in the race for the PM’s post after Liz Truss stepped down as PM of the United Kingdom on October 20.

Sunak is the UK-born son of India-origin general practitioner father Yashvir and pharmacist mother Usha. His family migrated to the UK from East Africa in the 1960s.

Sunak and wife Akshata and their daughters Anoushka and Krishna, are rooted in Indian culture and are temple-trotters.

Sunak made history by lighting Diwali diyas at 11 Downing Street as the first India-origin Chancellor of the Exchequer.

Sunak began his political career by winning a safe Tory seat of Richmond in Yorkshire in 2015 and from junior roles in the Treasury he was suddenly catapulted to the post of Chancellor of Exchequer when his former boss, Sajid Javid, resigned in February 2020.