Chief Minister Conrad K Sangma told the house that the Meghalaya government had taken up the matter relating to the transport of cattle to the State through Assam and that his counterpart has assured that all documents required by the traders would be from Meghalaya. 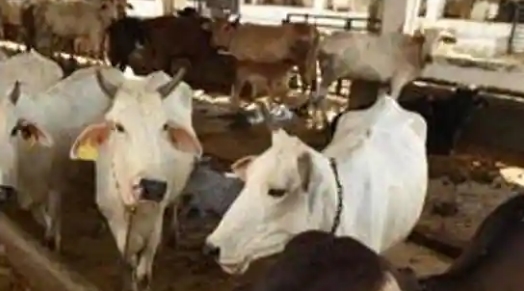 Shillong: Meghalaya’s opposition Congress on Tuesday voiced serious concerns in the assembly over the Assam Preservation of Cattle Act, which has put restrictions on the movement of cattle to the State, where beef is one of the major staple diets, even as the government assured that the matter was being sorted out with the neighbouring State.

Chief Minister Conrad K Sangma told the house that the Meghalaya government had taken up the matter relating to the transport of cattle to the State through Assam and that his counterpart has assured that all documents required by the traders would be from Meghalaya.

He said that during his recent meeting with the Assam chief minister regarding the inter-state boundary issue, the matter relating to the transport of cattle had also come up and that there was in-principle agreement that all papers will be done from the Meghalaya side, but there is a bit of non-clarity, which, he said was being sorted out.

Animal Husbandry and Veterinary Minister, Sanbor Shullai informed the house that he had written a DO letter to the Assam chief minister on September 3, drawing attention towards Section 7 of the Cattle Preservation Act and sought his intervention.

The Assam government has been requested to ensure hassle-free passage for cattle to Meghalaya, Shullai said, adding that the department of animal husbandry and veterinary is in the process of creating an administrative system to ensure legitimate import of cattle from outside the state and also check to smuggle of cattle.

Informing the Assembly that there was a drop in import of poultry and mutton too, Shullai said that the Assam Cattle Preservation Act has also deterred the local traders from resuming import of cattle.

The minister said that the officers of the animal husbandry and veterinary department were in liaison with their Assam counterparts.

Shullai said that the restriction on the movement of cattle was an important issue that has been agitating the minds of the people in the State and has also led to a hike in the retail price of beef in the market.

The government is trying to increase local production of meat and ensure self-sufficiency through various steps, including the Piggery Mission, Poultry Mission, Milk Mission and the National Livestock Mission, the minister mentioned.

Earlier, initiating a short duration discussion regarding “Scarcity of staple food across the State and restriction of cattle movement, thereby depriving people of their normal food habits”, opposition Congress legislator George B Lyngdoh urged the government to take up the matter relating to the movement of cattle through Assam with the neighbouring government and also with the Centre.

They pointed out that beef was one of the staple diets of the people of the State and a cheap source of protein, which could not be denied to them.

With the Chief Minister assuring that the matter was being sorted out in consultation with the Assam government, the leader of opposition urged the government to ensure that there was no room for corruption after the State frames its own rules for smooth transport of cattle from other states to Meghalaya through Assam.