Rawiri Waititi and Debbie Ngarewa-Packer, co-chairs of the Maori Party, said that the original names of New Zealand and its cities were distorted, rejected and ignored. 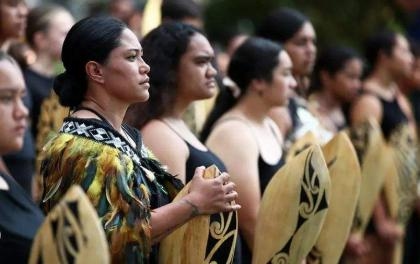 Wellington: New Zealand’s indigenous political Maori party has started collecting signatures in support of the petition that seeks to change the country’s official name to the Polynesian “Aotearoa” and to restore the Maori names for all towns, cities and places by 2026.

Rawiri Waititi and Debbie Ngarewa-Packer, co-chairs of the Maori Party, said that the original names of New Zealand and its cities were distorted, rejected and ignored.

“It’s well past time that Te Reo Māori was restored to its rightful place as the first and official language of this country. We are a Polynesian country – we are Aotearoa,” Waititi and Ngarewa-Packer declared in a statement launching the petition.

According to the party leaders, colonial education and English names given to the country’s places at the beginning of the 20th century reduced the ability of the indigenous people to speak their native language from 90% in 1910 to 26% in 1950.

“In only 40 years, the Crown managed to successfully strip us of our language and we are still feeling the impacts of this today,” Waititi and Ngarewa-Packer emphasized.

The Maori make up about 15% of the population, but only 3% of New Zealanders can speak the Maori language. New Zealand Prime Minister Jacinda Ardern stated that the government had “not explored” the idea of changing New Zealand’s name to Aotearoa.

“Whether or not we change it in the law I don’t think materially changes the fact New Zealanders do increasingly refer to Aotearoa, and I think that’s a transition that has been welcomed,” Ardern said.

Aotearoa means “the long white cloud”, which the ancestors of the Maori saw over the islands of New Zealand, crossing the ocean in eight large canoe boats about eight centuries ago.