Notification over animal sacrifice in Tripura ahead of EID triggers controversy

Meanwhile, various socio-religious organizations urged for stepping up security apprehending communal chaos in Tripura on the day of Eid. 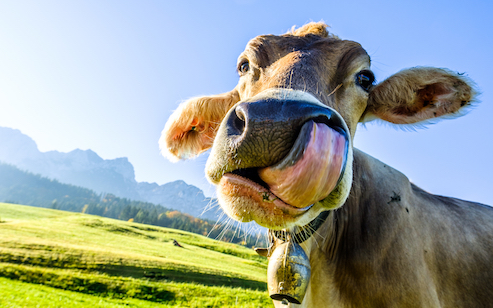 Agartala: Controversy erupted with the notification of special guidelines for animal sacrifices and ban on illegal slaughtering and transportation in Tripura ahead of Bakri Eid, the festival of Qurbani of the Islam believers scheduled on Sunday.

The opposition parties reacted sharply to the decision ahead of the celebration of the annual Bakri Eid while urging the administration not to interfere in the religious practice of any community or sect.

Meanwhile, various socio-religious organizations urged for stepping up security apprehending communal chaos in Tripura on the day of Eid.

The President of Jamiat Ulema Hind state committee Mufti Taiybur Rahaman said they didn’t receive any communication regarding restrictions on Qurbani Eid and stated, “We have never faced any problem from the government in the celebration of Eid and Qurbani is a ritual of Islam believers. Since the practice is highly personal, we have requested the believers not to slaughter any animal in public, not to hurt the sentiment of any other faith and all the waste has to be buried in the designated place.”

He further pointed out that religious festivals of any community is a traditional practice and especially, Eid is a festival of happiness and seeking the blessings of the almighty for the well-being of human society. Therefore, “I hope the secular fabric and respect to religious faith of others has to be maintained this time too and forever, as society is progressing with modern education and values.”

Clarifying the context of the notification, Director Animal Resource Development of Tripura D K Chakma said that it was in no way related to the celebration of Bakri Eid or targeting any community or faith, as it was issued on June 18 last based on the direction issued by National Animal Welfare Board following the several Court judgments and existing laws against cruelty against animals.

However, animal sacrifice following the guidelines remained allowed and the government has no intention to hurt any religious sentiments, he said adding, “We have received guidelines from the National Animal Welfare Board which were forwarded to all the District Magistrates and SPs as they act as the enforcement agency. Accordingly, the lower rank officers have been informed of the special newly imposed restrictions”.

According to the rules, the sacrifice of expectant animals and animals having calves below a certain

age if sacrificed; it will be considered illegal. Similarly, a host of parameters have been prescribed to

discern whether the slaughter is legal or illegal.

As per the cruelty against animal act, transportation of animals from one place to another has also been prescribed.

Any violation beyond the prescribed rules shall invite legal proceedings. That is why the order has been communicated for public awareness, which only banned the illegal slaughtering and transportation of animals. The religious practices performed by people would remain unhampered, he added.