In fact, the NPP has fielded a four-time member of Khasi Hills Autonomous District Council (KHADC) Lamphang Blah, who quit the Congress as its candidate from Mawphlang constituency. 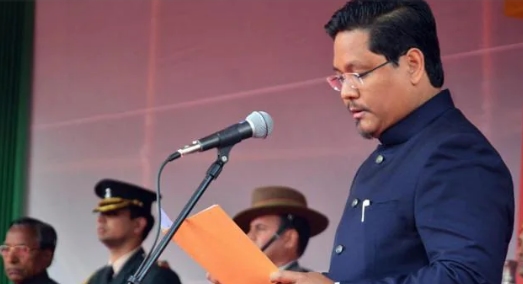 Shillong: Meghalaya Chief Minister Conrad K Sangma on Monday denied the opposition Congress’ allegation that his Nationalist People’s Party (NCP) was poaching its leaders in the run-up to the assembly by-elections scheduled to be held on October 30.

“There is no question of poaching, but this is politics,” Sangma, who is also the national president of the ruling NPP, told reporters after former Congress leader, John Kharshiing was inducted in the party on Monday.
“In politics, if you are not able to keep your flock together, if you are not able to satisfy or address the concerns of your people, please don’t blame other political parties,” he said.

In fact, the NPP has fielded a four-time member of Khasi Hills Autonomous District Council (KHADC) Lamphang Blah, who quit the Congress as its candidate from Mawphlang constituency.

“If you (Congress) are not able to keep your people together it is not our fault. If people want to join political party, they are free to join, this is democracy,” Sangma further asserted.

The Chief Minister felt that the opposition Congress should iron out their internal rumblings within the party rather than accusing the NPP of indulging in poaching.

Asked if any of the Congress legislators have approached to join the NPP, Sangma said, “Those are matters not be discussed in this kind of a platform. When the right time comes we will discuss”.
Sangma, however, said that people were joining NPP since they have seen that the future lies with the party which can work for the people.