The other match of the day saw the first penalty shootout required to split Sikkim and Assam, who finished 90 minutes at 1-1. Sikkim won 3-0 in the tiebreaker. 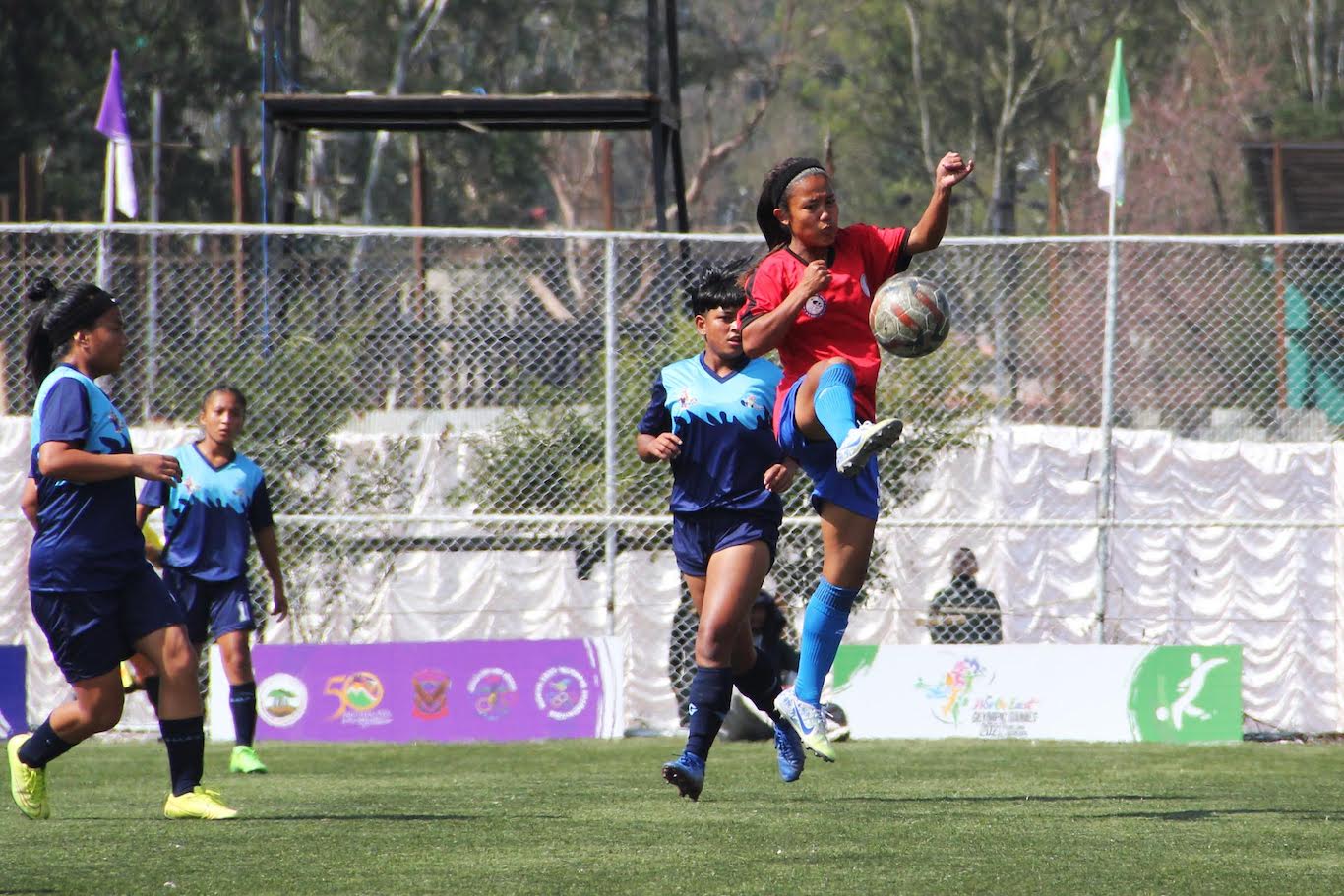 Shillong: Arunachal Pradesh knocked hosts Meghalaya out of the U-17 women’s football competition at the 2nd North East Olympic Games 2022 today with a commanding 3-1 victory at the MFA Turf at Polo Ground here.

The other match of the day saw the first penalty shootout required to split Sikkim and Assam, who finished 90 minutes at 1-1. Sikkim won 3-0 in the tiebreaker.

Ajuli Brahma put Assam into the lead in first half stoppage time (45’+2) but Sikkim equalised via player-of-the-match Simran Gurung (71′). The match went to penalties directly without extra time first and here Assam were unable to convert while Sikkim scored three out of four of their kicks from the spot.

The tiebreaker was required because both teams had the exact same goal difference as they had lost to Manipur by the same 6-0 margin earlier in the week. With those two wins, Manipur had already booked their place in the semifinals at the top of Group 1.

Earlier, the Group 2 game saw Arunachal take the lead in only the second minute with a Kai Rumi goal. Meghalaya then missed a penalty kick and soon after Arunachal made them pay for that with a second strike, this time by Angel Tawang (22′).

Gunai Taisik put in Arunachal’s third in the 54th minute, which took the game completely away from the hosts, though they did claw a goal back at the end of the contest through Makrisha Songthiang, one of the brightest prospects for the state.

Meghalaya had to win this match after losing the opener to Mizoram 4-2. Arunachal subsequently defeated Mizoram 3-1 and today’s victory means that they top Group 2, with Mizoram being the other team to progress to the semifinals.

The women’s semifinals will be held on Monday, first between Manipur and Mizoram at 11am before Arunachal versus Sikkim at 4:30pm.

Tomorrow, the U-21 men’s semis will take place, between Mizoram and Nagaland at 11am and Meghalaya and Manipur at 4:30pm. Entry is free for all matches but seating is limited and fans are requested to get their seats early.