Meanwhile, Somsai Battalion of Assam Rifles in a joint operation with Police Bomb Disposal Squad foiled an attempt to target locals in Ukhrul town on Friday. 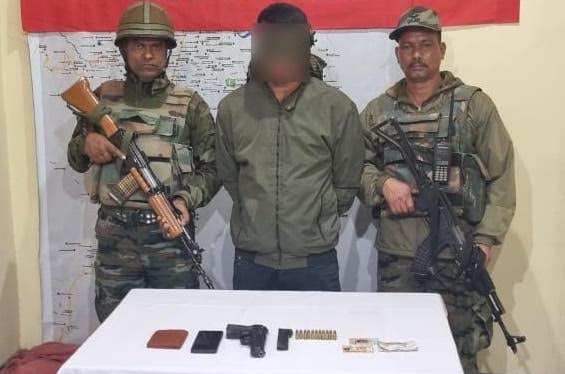 Based on specific input, the troops of Assam Rifles along with Manipur Police launched an operation which led to the apprehension of the cadre. One 9 mm pistol along with 11 live rounds were also recovered from the insurgent, an official of Assam Rifles.

The apprehended insurgent and recovered items were handed over to Churachandpur Police Station for further investigation.

The entire area was cordoned & traffic was diverted to prevent any loss of life & property.