An appeal was made to the Muslim society to follow the Shariat, to marry with simplicity and not to ask for dowry. 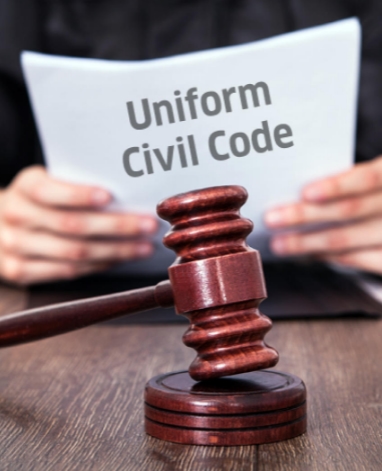 Kanpur: The All India Muslim Personal Law Board (AIMPLB) has objected to the proposed Uniform Civil Code (UCC) saying it does not go along with the fundamental rights that allow citizens to practice religion as has been enshrined in the Constitution.

Board officials and members rejected the UCC saying the Muslim society will not accept the proposed civil code as it is neither suitable nor useful for a vast multi-religious country like India.

Qasim Rasool Ilyas, the Media Coordinator of the Board, told the media after a two-day convention here on Sunday that every citizen has been given the right in the Constitution to have faith in his religion and tell others about it.

“Uniform Civil Code is not appropriate in a multi-religious society. This is contrary to the fundamental rights of the Constitution,” he said.

The board has demanded from the government not to impose UCC on Muslims. He said that the board is against those who conduct forced conversions. An appeal has been made to the Muslim community to oppose it.

A total of 11 resolutions were passed on Sunday, the last day of the session of Madrasa Darul Talim and Sanat (DTS) in Kanpur’s Jajmau. Among them, disputes regarding WAQF properties and conversion etc. were prominent. The board opposed forced conversions and non-religious marriages.

The meeting resolved that no person, organization or government using WAQF has the right to sell it or use it for any other purpose against the intention of WAQF. It is an interference with the religious rights of Muslims and Sharia law, they said.

An appeal was made to the Muslim society to follow the Shariat, to marry with simplicity and not to ask for dowry. Resolve mutual disputes through arbitration and even then if things do not work out, approach the Darul Qaza. Avoid inter-religious marriage, as it creates division in the society and affects communal harmony, the officials at the convention decided.

The convention suggested religious rules and books are related to faith, so only those who understood religion have the right to interpret it. Governments or other institutions should refrain from interpreting religious books or religious terminology, they said.