The other directions issued by the NGT and the Supreme Court are incidental to the principal part of the order and are to ensure the confiscation and disposal of the previously illegally mined coal. 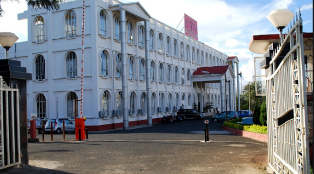 Shillong: A full bench of Meghalaya High Court on Tuesday directed State Chief Secretary and the State police not to bow to any “political interference” while implementing the order to completely arrest the illegal mining of coal in the state.

Hearing a PIL on the illegal coal mining, the bench comprising Chief Justice Sanjib Banerjee, Justice H. S. Thangkhiew, and Justice W. Diengdoh also warned the Chief Secretary and Director General of Police will be held accountable if any form of illegally mined coal is henceforth discovered in the State.

“The Chief Secretary, the Director-General of Police, and all other police personnel will ensure strict compliance in such regard and will not bow to any political interference in the matter,” the court ordered.

Furthermore, the Court also directed the state police chief to instruct all Superintendents of Police in the various districts to ensure that not an ounce of illegally mined coal is allowed to pass, whether in trucks or other vehicles.

“The SPs in all districts in the State are put on notice that if illegally mined coal in the State is found to have originated in or passed through their jurisdiction, they shall be held in contempt,” the Court warned.

Apart from the dangerous form of rat-hole mining that is undertaken, particularly in the eastern part of the State, the bench revealed there are murmurs that the illegally mined coal in the State is smuggled out of the State and is returned for apparent export to a neighboring country on the basis of fabricated documents to suggest that the coal originated in some other State.

“There are also credible reports that a substantial part of the illegally mined coal in the State is transported to other States, primarily on trucks bearing Nagaland license plates and with papers showing the coal to have been mined in some other North-Eastern State,” the Court said.

Moreover, the Court also pointed out that the Supreme Court had passed orders based on the initial orders passed by the National Green Tribunal (NGT) to completely arrest the illegal mining of coal in the state.

The other directions issued by the NGT and the Supreme Court are incidental to the principal part of the order and are to ensure the confiscation and disposal of the previously illegally mined coal.

“One must not miss the wood for the trees by ensuring compliance with the incidental directions for the disposal of the previously illegally mined coal without being alive to the complete prohibition of coal mining in the State otherwise than in accordance with the law,” the Court said.

Meanwhile, the court has directed the state and its officials to complete the process of disposing of the previously mined coal by the end of 2023.

It has also asked Coal India Limited and MSTC Ltd to render adequate assistance and should immediately report to Justice BP Katakey in the event of any failure on the part of the State to adhere to the timelines or terms or upon any impediment being brought in the way of the early and quick disposal of the previously mined coal.