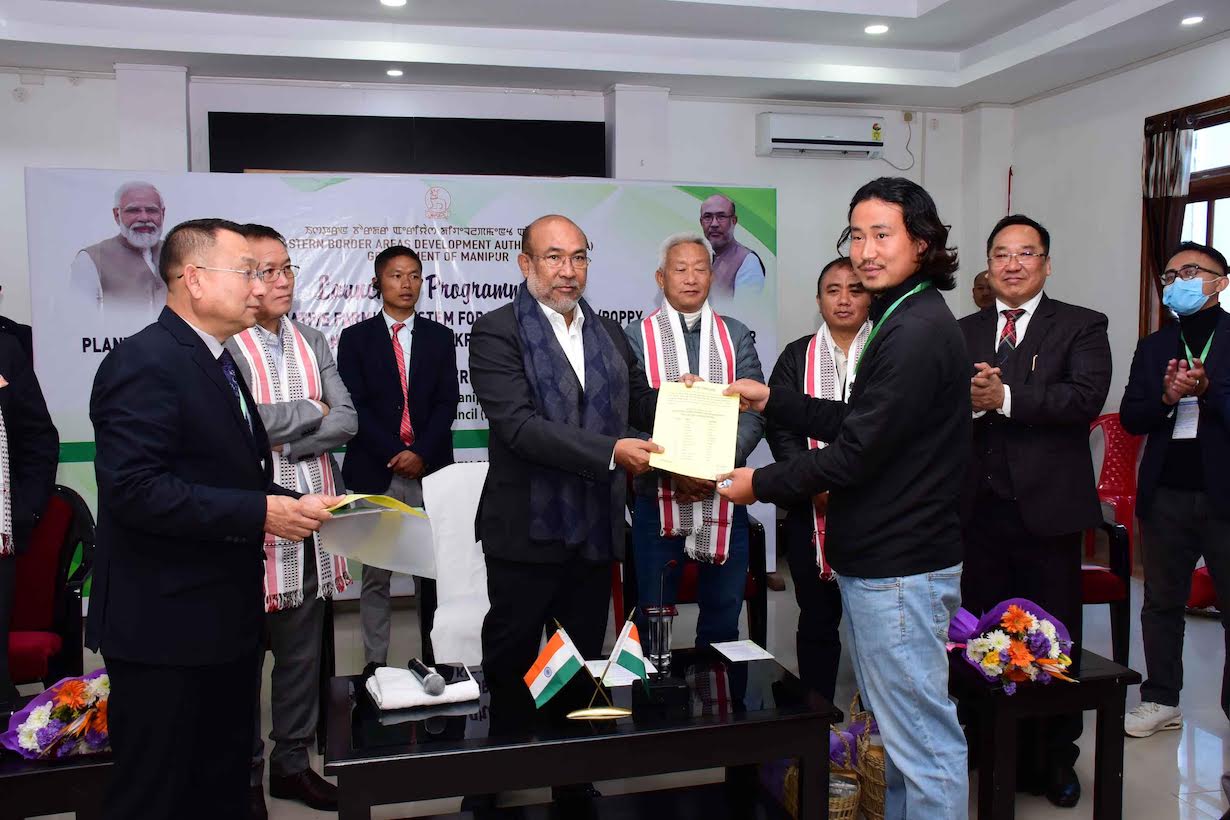 Biren raised concern on the impact of global warming adding that the State’s weather pattern has changed.

He cited large scale deforestation and setting up of big industries as reasons for change in climate and sprung of new diseases.

He continued that humans have now become selfish, thinking only for ourselves and no concern for our future generations.

Mentioning the theme of India’s G20 Presidency “One Earth One Family One Future”, Biren stated that India has taken up various measures to conserve nature and the environment. It is time for us to think of our future generation, he added.

The Chief Minister said that the items which were distributed today might have less monetary value, however, it has much value considering its importance.

He spoke on the importance of carrying out terrace cultivation instead of Jhum cultivation with technical support.

He expressed happiness to see that many societies had come up with an Alternative Farming System in hill areas adding that it is the beginning for development of horticulture products and enhance the livelihood of the people of hill areas.

Biren appealed to the Farmers Society to carry out plantations of crops systematically so as to get better yield and contribute to the development of the economy. He assured that the State Government would provide necessary support to the society.

Horticulture and Soil Conservation Minister Letpao Haokip stated that the State had witnessed less production in hill areas and as such the Chief Minister had taken up various initiatives to promote horticulture products in hill areas.

He appealed to the farmers society to use the distributed products suitably and work sincerely to make the State self-reliant.