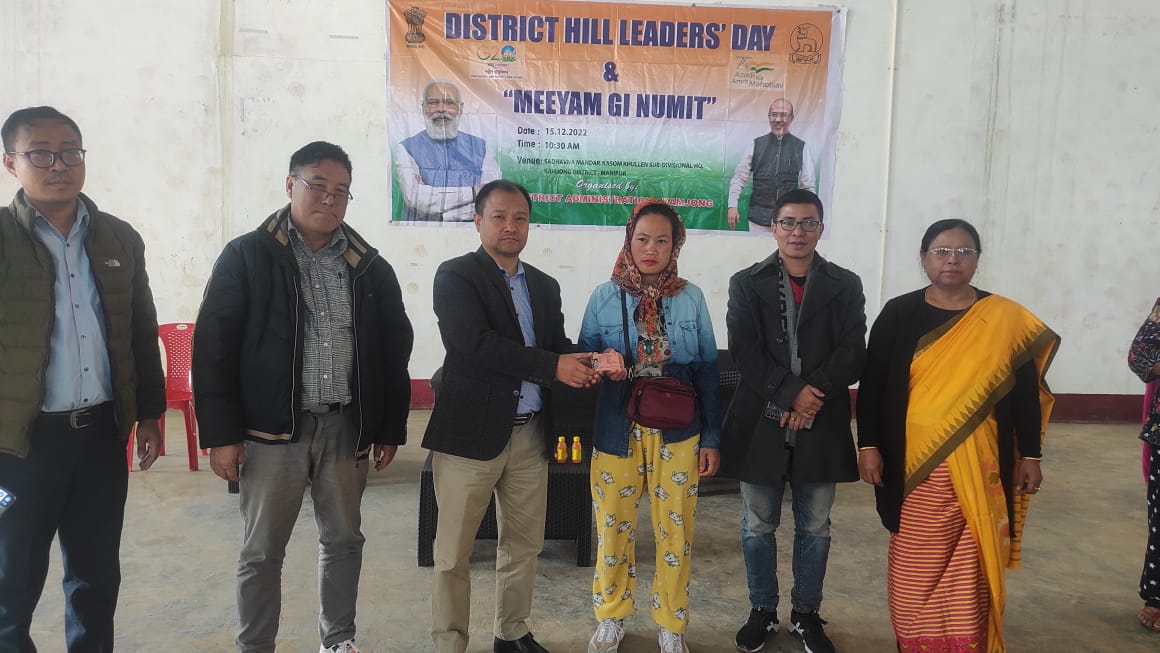 Organised by the District Administration, Kamjong, the programme was conducted at the Sadhavna Mandap, Kasom Khullen town.

In the event that witnessed hundreds of people in attendance, the district level offices (DLOs) opened their mobile stalls to cater to the various demands and grievances of the public. Among the most active stalls were the CMO, ICDS, DSWO, MSPDCL, DAO, District Handloom & Textiles, District Forest Office, CAF & PD, SDO office, etc.

The stall of CAF and PD, in particular, on-the-spot issued Weavers’ Cards to four of the beneficiaries that attended today out of the many listed beneficiaries. The Deputy Commissioner Rangnamei presented the distributions to the recipients.

CMO Kamjong also catered to the numerous health-related grievances that were brought up on the spot Thursday.

DIC, DSWO, DAO, District Handloom and Textiles, etc were some of the offices more prominent for receiving the maximum number of grievances and complaints.