The National Commission for Women (NCW) also took cognizance of the case and condemned the incident. 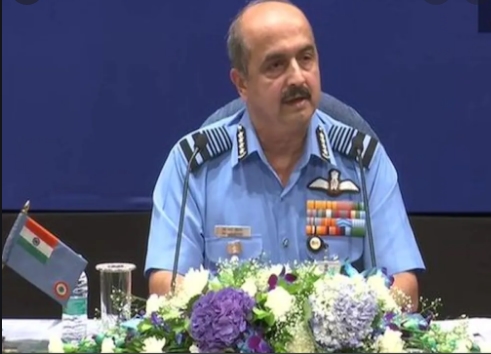 New Delhi: IAF chief Air Chief Marshal VR Chaudhari on Tuesday refuted the allegations of the banned ‘two-finger test’ being performed on a woman officer who has alleged rape by a colleague.

“IAF law is very strict on any such incident. Two-finger test was not done, we are well aware of the rules,” the Air Force Chief said in reply to a question.

“Whatever comes out of the inquiry steps will be taken,” he said.

A 28-year-old woman officer has alleged that she was raped on the Air Force Administrative College campus in Tamil Nadu’s Coimbatore district, and was later subjected to a ‘two-finger test’.

The National Commission for Women (NCW) also took cognizance of the case and condemned the incident. NCW Chairperson Rekha Sharma also wrote to the Indian Air Force Chief asking him to take necessary steps and impart the knowledge to the Force’s doctors about the prevailing government guidelines and the Indian Council of Medical Research in 2014 terming the two-finger test unscientific.

An Air Force flight lieutenant was arrested On September 26 by the All Women Police in Coimbatore after a woman IAF officer filed a complaint alleging rape. The woman officer was at the Air Force College in Redfields for training.

She has alleged she was drugged and raped by the officer.