Israel will lend technological expertise for the initiative, and there will be some support from the US private sector, the news reports said. 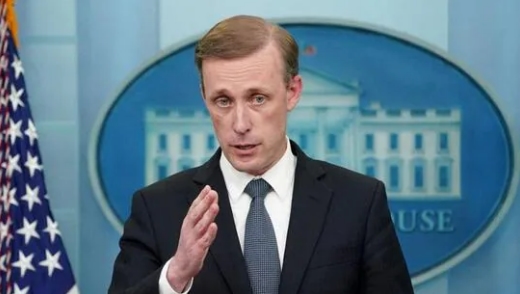 New Delhi: With the Ukraine conflict impacting food security around the world, including leading to a shortage of fertilizer, the inaugural I2U2 Summit today is expected to see a “significant announcement” focusing on food security and agricultural technology, with India expected to play a key role.

The summit to be held virtually between the leaders of India, Israel, the UAE, and the US is expected to see the unveiling of a $2-billion food security initiative, which envisages setting up agricultural parks in India with funding from the UAE, according to news reports.

Israel will lend technological expertise for the initiative, and there will be some support from the US private sector, the news reports said.

US National Security Advisor Jake Sullivan, briefing reporters on US President Joe Biden’s trip to Israel, and the Middle East said the I2U2 summit would focus on food security.

“And there will be a significant announcement around food security and agricultural technology, which is an area where all four countries can come together to help deal with an immediate crisis facing the entire world,” he said.

“Bringing together Israel, India, and the United Arab Emirates, especially around an issue where the four countries have unique capacities to bring to bear on agricultural technology, leading to greater food production, leading to an alleviation of the food security challenge — this is the kind of thing that really fulfills the President’s vision of a more integrated, more globally engaged the Middle East across the board that isn’t just focused on issues that have been top of mind for American foreign policymakers over the last 20 years — terrorism and wars. This is a different kind of approach, and it’s about expanding partnerships, expanding the geography rather than contracting or narrowing it,” Sullivan said.

“And so we very much look forward to Prime Minister Modi’s participation in this event. And we think I2U2 can become a feature of the broader region, just as the Quad has become a central pillar of the Indo-Pacific strategy of the United States,” he added.

The G7 summit in Germany last month issued a statement on food security. It said that up to “323 million people globally will become acutely food insecure or are at high risk, marking a new record high. Multiple intertwined crises, including conflicts, the COVID-19-pandemic, the loss of biodiversity, climate change, and ongoing global economic uncertainty around the globe result in this existential challenge. Russia’s war of aggression against Ukraine, including its blocking of export routes for Ukraine´s grain, is dramatically aggravating the hunger crisis; it has triggered disruptions in agricultural production, supply chains, and trade that have driven world food and fertilizer prices to unprecedented levels.”

PM Modi, speaking at the G7, had said that India with its vast expertise in agriculture, can help to ease the food security issues in the world, and has also been helping Afghanistan with wheat assistance and Sri Lanka with rice.