The officials said that the Electra fire was "burning at a dangerous rate of spread." 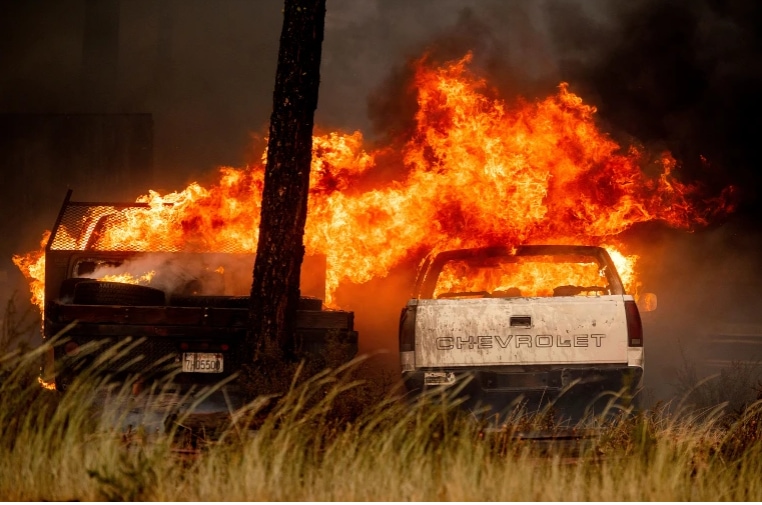 California: A wildfire that broke out in California on July 4 has doubled in size consuming over 3000 acres and posing threat to the power grid.

The Guardian quoted California department of forestry and fire protection (CalFire) officials as saying that the fast-moving Electra fire, burning through the dried grasses and steep, rugged terrain east of Sacramento has forced hundreds of evacuations and continues to pose threats to critical power infrastructure.

The fire broke out near the North Fork of the Mokelumne River. The cause of the blaze remains unknown.

The officials said that the Electra fire was “burning at a dangerous rate of spread.”

Los Angeles Times reported that by Tuesday night, the fire had burned 3,900 acres and was 5 percent contained.

In an update on Tuesday night (local time) the CalFire officials said, “The Electra fire is actively burning, with short intense upslope runs. Short-range spotting with rollout is contributing to the fire spread. The threat to critical infrastructure is being monitored and assessed, and protection plans are being put into place.”

Roughly 100 people celebrating at a recreation area known as Vox Beach along a river in the area had to seek refuge in a nearby Pacific Gas & Electric Co facility, said Gary Redman, sheriff of Amador country, east of Sacramento, The Guardian reported.

Pacific Gas & Electric spokeswoman Megan McFarland said, “PG&E has a number of assets potentially at risk due to the fire. “