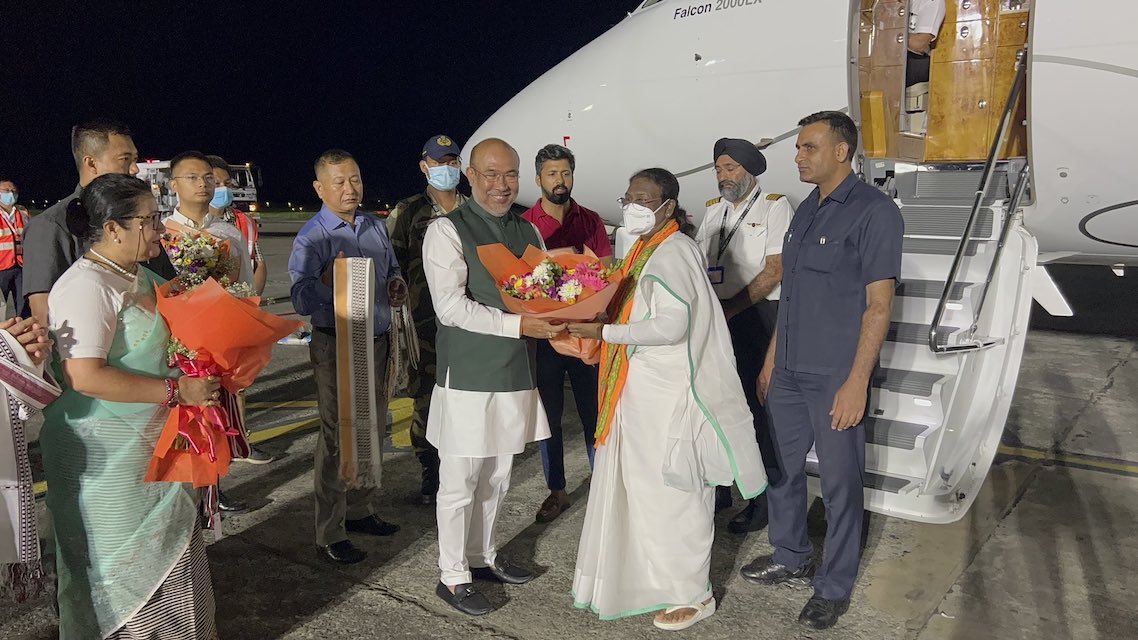 Chief Minister N Biren along with his Cabinet colleagues welcomed Draupadi at Imphal airport on Tuesday evening. A meeting was held where she interacted with BJP and its allies. After the interaction she left Imphal.

Manipur has two Lok Sabha MPs, one of BJP and another of Naga people’s Front (NPF) an ally of the BJP. The lone Rajya Sabha MP is also from BJP while Mary Kom from Manipur is a nominee of the President.

The Biren-led government has 32 BJP MLAs and five NPF members. Other parties which have extended support were NPP with seven MLAs , JDU with six, KPA with two and three Independents .

Chief Minister N Biren Singha also held a meeting with all the MLAs of BJP-led govlernment and MPs of both Lok Sabha and Rajya Sabha Tuesday and deliberated on the preparation for the upcoming presidential elections.

The Chief Minister hoped that NDA nominee Draupadi Murmu will become the next president of India.