Official sources said 2400 Covid patients were cured on Saturday pushing the total recoveries in the state so far to 9,27,926. 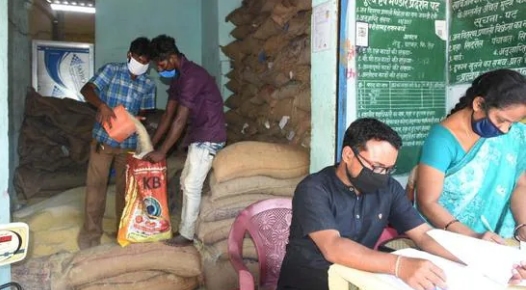 Bhubaneswar: The Covid death toll in Odisha Sunday crossed the 5000 mark to reach 5058 with 66 patients under treatment succumbing to the virus in the past 24 hours.

At the same time, 2215 new Covid positive cases were reported from 30 districts in the state during the past 24 hours taking the total tally in the state to 9,54,325.

Official sources said 2400 Covid patients were cured on Saturday pushing the total recoveries in the state so far to 9,27,926.

According to Health and Family Welfare department sources in the past 24 hours 1272 new infections were registered from the quarantine centres and 943 as local contact cases.

These five coastal Odisha districts together reported 1231 new cases,a little over 55 percent of the total infections registered in the state in the past 24 hours.

During the period 66 covid deaths were reported from 16 districts in the state with Khordha district registering the highest number of 23 deaths followed by Ganjam (8), six each in Mayurbhanj and Sundagarh and five in Boudh district.

These five districts together accounted for 72 percent of total deaths reported in the past 24 hours.

Khordha district has reported 142 deaths in the last one week alone and remained in the top of the fatalities tally in the state with 897 deaths so far.

Official sources said the Test Positivity Rate(TPR) in the state today marginally reduced from 2.9 percent to 2.8 percent, maintaining a trend of less than 3 per cent for more than a week.

However, two districts- Cuttack and Nayagarh have reported TPR above 5 per cent while the rest 28 districts in the state registered the TPR below 5 per cent.

Ganjam district in southern Odisha has the lowest TPR of 0.1 percent while Bolangir and Nuapada in Western Odisha reported TPR at 0.2 percent each.

The State Government has taken necessary steps for COVID-19 vaccination of transgender people, eliminating any possibility of discrimination or inconvenience.

This has reduced vulnerability to the virus among this community and helped save lives,Chief Minister Naveen Patnaik said.