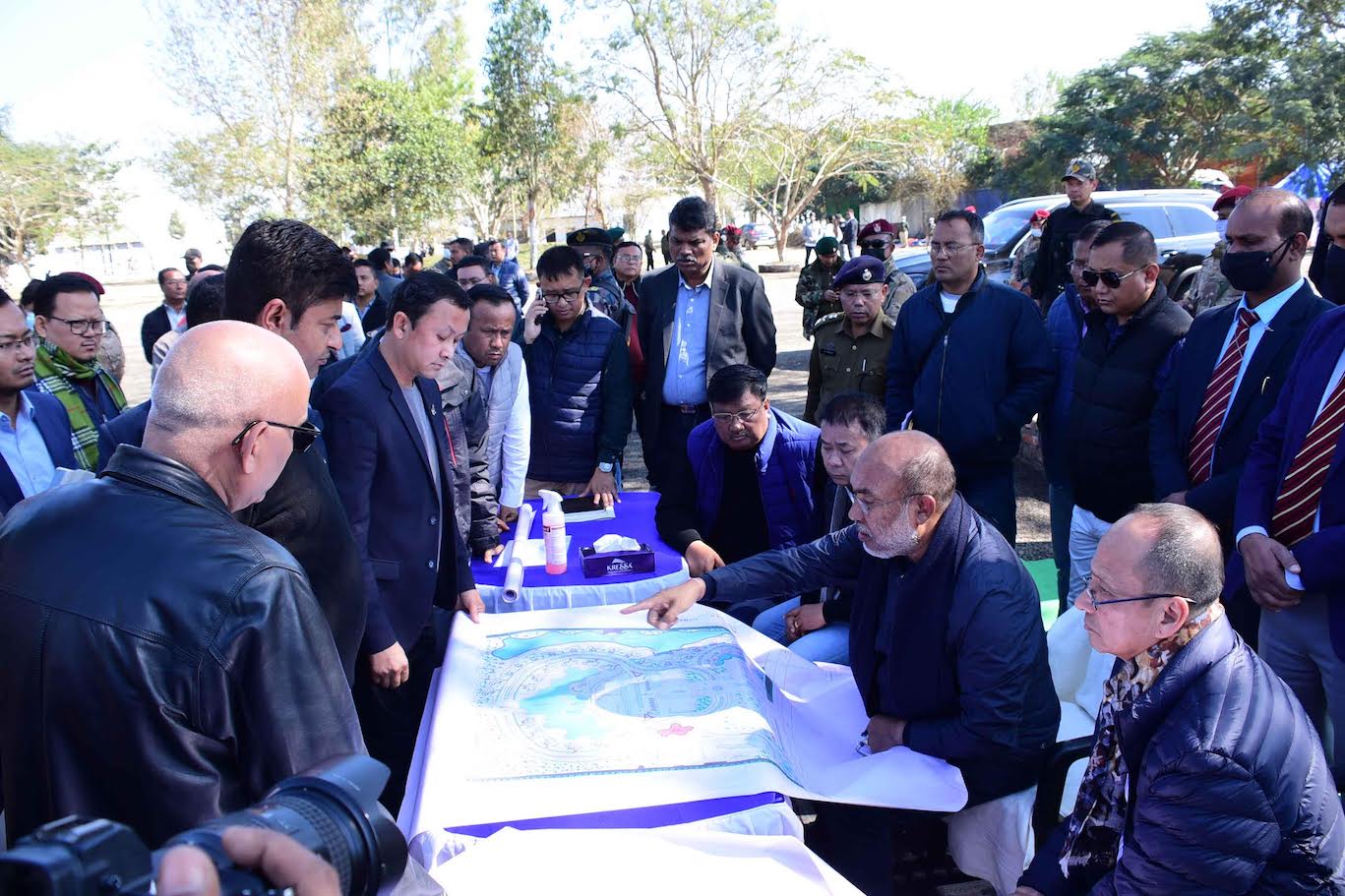 Imphal: Chief Minister N. Biren Singh visited the Sangai Ethnic Park at Moirang Khunou on Saturday and also inspected the development works taken up there prior to the G20 event, which will be held in the state from February 16–18, 2023.

He later visited the INA Memorial Complex being developed at Moirang.

Briefing the media at the INA Memorial Complex, N. Biren Singh informed about the likely visit of Union Home Minister Amit Shah to the state in January next year. The state government had requested that the union home minister hoist the 165-foot-high Indian National Flag, which is being installed inside the INA Memorial Complex.

He went on to say that a memorial site would be built for the 185 brave soldiers who joined the then-Indian National Army to liberate India from the British. He added that the memorial site would also be inaugurated by the Union Home Minister during his visit.

He also informed that the grand finale of Femina Miss India would be held at the Sangai Ethnic Park in the first week of April 2023. He continued that he had visited the park to see the progress of the development and to ensure its completion before the G20 session.

The state government came to know about the cultivation of poppy under pressure and the collection of tax by some militant outfits under suspension of operations, as revealed by two village chiefs arrested by the police, he added.

The Chief Minister stated that drone surveys are being conducted to check poppy plantations in some interior regions, and that steps have been taken to destroy the poppy plantations by deploying a combined team consisting of Manipur Police and Narcotics and Affairs of Border (NAB) personnel.

During the inspection, the Chief Minister was accompanied by his cabinet colleagues and officials.