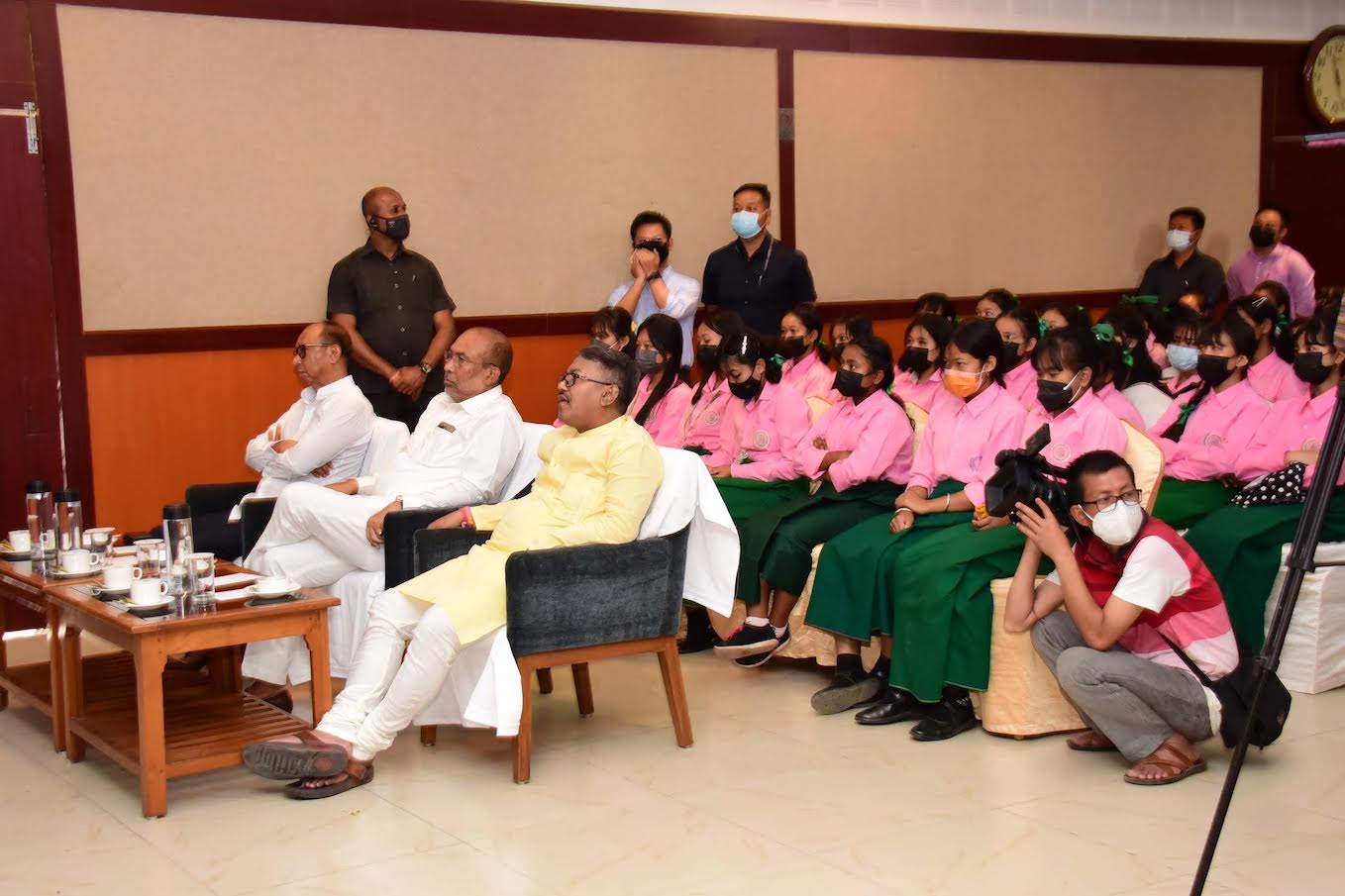 Altogether 200 students and their teachers from six different schools of Imphal East and Imphal West also attended the event. The event was also telecast live for students and teachers at various schools located in different parts of the State.

Speaking on the sidelines of the event at Imphal, Chief Minister N Biren Singh appreciated Prime Minister Narendra Modi for his innovative ideas of giving educational awareness to the students, teachers and guardians.

He said the Prime Minister’s initiative will help in developing independent thinking in the young minds and is an innovative effort never seen before anywhere else.

The Chief Minister appealed to the young students, parents and teachers to follow the ideas and suggestions shared by the Prime Minister.

During the 5th edition of Pariksha Pe Charcha today, Prime Minister, Narendra Modi interacted with school students, parents and teachers in a town-hall interactive format at Talkatora Stadium, New Delhi from 11 AM onwards.