Assam: Highlands built in Kaziranga National Park to save Rhino from flood fury

Minister for Environment and Forest, Parimal Suklabaidya said his department is fully prepared to rescue animals from the onslaught of ongoing flood in Kaziranga and other National Parks. 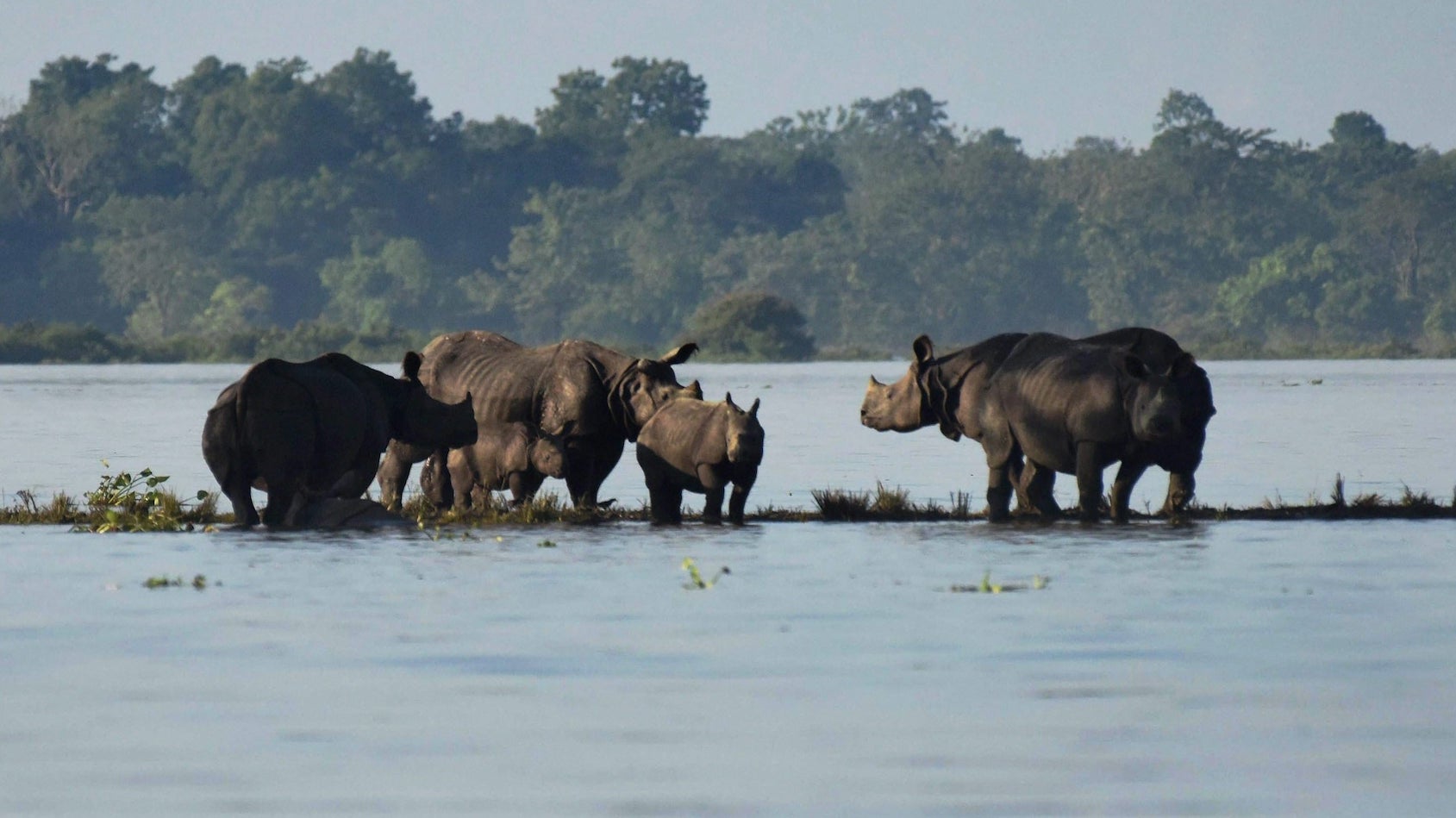 Guwahati: To save the animals including the famed one horned Rhino at the UNESCO World Heritage Site Kaziranga National Park (KNP) in Assam from the flood fury, the government has built around 40 highland for providing shelters to the animals during the flood season.

Minister for Environment and Forest, Parimal Suklabaidya said on Wednesday that his department is in complete state of preparedness to rescue animals from the onslaught of ongoing flood in Kaziranga and other National Parks.

“We have successfully completed the constriction of around 40 highlands for tackling the prevailing flood situation in Kaziranga and other national parks and wildlife sanctuaries,” Suklabaidya said.

He added that new highlands have been designed scientifically with provision for adequate grass, and plant yielding fruits such as elephant apple and India gooseberry.

“These highlands have enabled us to reduce the animal casualty during annual floods situation. The animals of Kaziranga bears the brunt of flood every year as scores of animal dies due to flood waters.

The Forest Minister said that the officials are working round the clock in view of the flood situation and are working in close tandem with officials of the park for ensuring the safety of the animals.