About 2,750 pilgrims left the Nunwan base camp for the cave shrine in the south Kashmir Himalayas. 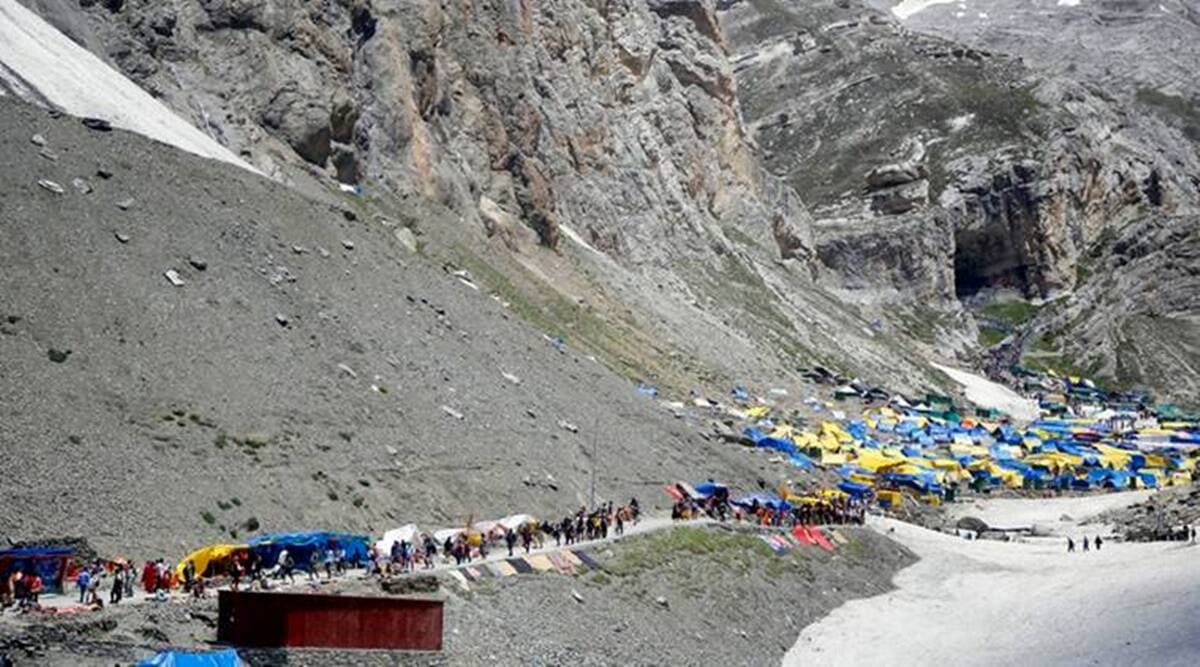 Srinagar: At least 10,000 pilgrims left from base camps of Nunwan and Baltal towards the cave shrine of Amarnath in the Kashmir Himalayas for the darshan amid unprecedented security arrangements.

The annual 43-day-long Amarnath yatra began this morning from Nunwan and Baltal after being suspended for two years due to the Covid pandemic. In 2019, the Yatra was canceled midway ahead of the abrogating of Article 370 provisions of the Constitution.

As many as 6,823 pilgrims including 12,93 women, 48 children, and 98 Sadhus left from the shortest Baltal route onwards to the shrine till 11 A.M for darshan, an official from Ganderbal said.

About 2,750 pilgrims left the Nunwan base camp for the cave shrine in the south Kashmir Himalayas.

At Nunan, the pilgrimage was flagged off by Deputy Commissioner Anantnag Piyush Singla at the Nunwan base camp from Pahalgam.

All arrangements have been made to ensure smooth conduct of the Singla said, adding, “The endeavor is to make sure that the pilgrims feel secure and visit the shrine peacefully.”