The case relates to the massacre of 24 Kashmiri Pandits by militant groups at Nadimarg village in Shopian district on March 23, 2003. 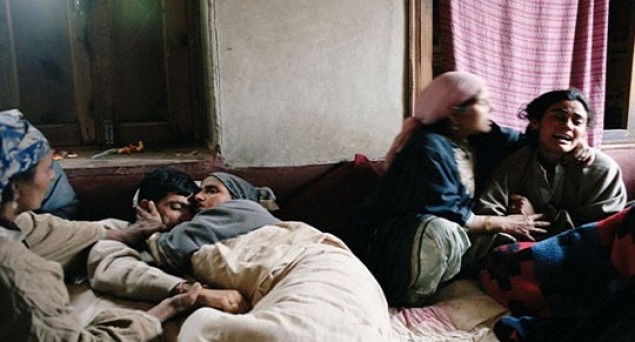 The case relates to the massacre of 24 Kashmiri Pandits by militant groups at Nadimarg village in Shopian district on March 23, 2003. The dead included 11 men, 11 women, and two children.

The High Court has ordered the trial court to ensure expeditious proceedings so as to conclude the matter at the earliest.

With this order, the trial of Nadimarg Kashmiri Pandit massacre case which was halted in 2011 will resume after 11 years.

Justice Vinod Chatterji Koul in the judgment ordered that the revision petition be allowed and the order dated February 9 (2011) passed by the court be set-aside.

The application for issuance of commission for examination of witnesses moved by the prosecution-State/petitioner has also been allowed.

“The court below (Court of Principal Sessions Judge, Shopian) shall now take all the necessary measures for ensuring the examination of the witnesses concerned by issuing commission and/or recording their statement video conferencing and shall ensure expeditious proceedings so as to conclude the matter at the earliest,” the order read.

The main accused of the Nadimarg massacre case Zia Mustafa, a Lashkar-e-Taiba militant from Pakistan was killed on October 24, 2021, near the Line of Control in Poonch district of Jammu region.

Mustafa had spent the last 18 years in jail and was moved to Jammu’s Kot Bhalwal jail in 2018.

In October last year, Mustafa was brought to Mendhar on a 10-day remand from jail to help security forces identify a “terrorist hideout” in Mendhar.

When forces approached the hideout, police said, the infiltrators opened fire, injuring two policemen, a jawan and Mustafa. The body of Mustafa was retrieved later.

On April 18, 2003, the three other Pakistani militants accused in the massacre case were killed in an encounter in South Kashmir.

The case was closed when some witnesses moved out of the Kashmir Valley and the prosecution filed “moved an application before the trial court seeking permission to examine material prosecution witnesses on commission”.

The trial court dismissed the application.

The prosecution challenged it in the high court and in 2011, it too dismissed the Criminal Revision Petition of the prosecution.

This year in August, the high court restored the revision petition of the State which had been dismissed in December 2011 for non-prosecution.

Justice Koul on Saturday said he was of the view that the court below has dismissed the application of the prosecution-State for examining the witness on commission on the irrelevant consideration while overlooking the material and relevant aspects of the case.

“The said application of the prosecution for recording statement of witnesses on commission deserved to be allowed,” the judge observed.