He said that all unmanned aerial vehicles (UAV) had been shot down and no "civilian infrastructure" had been damaged. 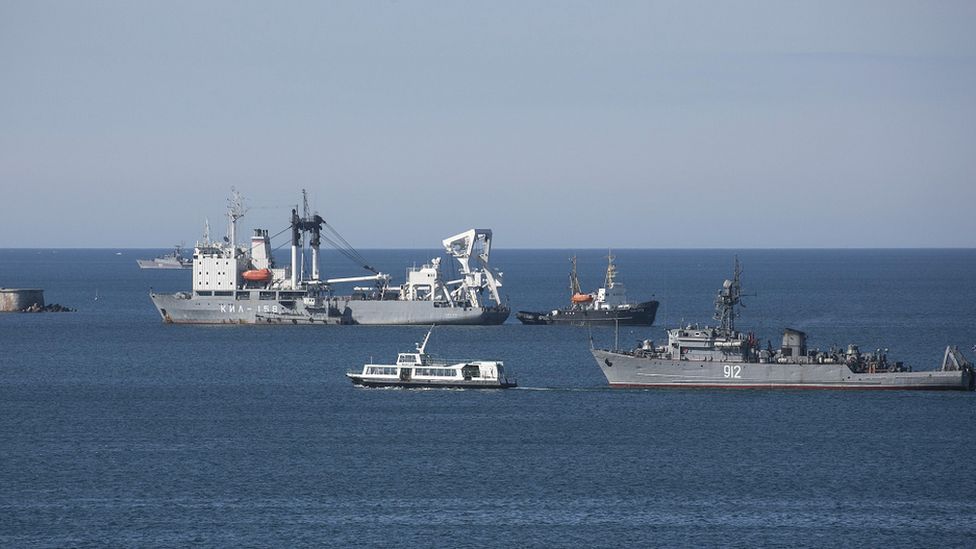 Moscow: Russia has accused Ukraine of carrying out a “massive” drone attack on the headquarters of its Black Sea Fleet in the Crimean port city of Sevastopol.

The attack began at 4.20 am local time and involved nine aerial and seven marine drones, Russian officials said. Sevastopol is the largest city in Crimea, which was annexed by Russia from Ukraine in 2014.

At least one warship is said to have been damaged in the strikes. Ukraine has not yet acknowledged the incident, the BBC reported.

Mikhail Razvozhaev, the Russian-installed governor of the city, said Russia’s navy had repelled the attack.

The strikes were the “most massive” on the city since Russia launched the invasion of Ukraine on February 24, Russian state media quoted the governor as saying.

He said that all unmanned aerial vehicles (UAV) had been shot down and no “civilian infrastructure” had been damaged.

At least one vessel sustained minor damage, the Russian Ministry of Defence said.

“In the course of repelling a terrorist attack on the outer roadstead of Sevastopol, the use of naval weapons and naval aviation of the Black Sea Fleet destroyed four marine unmanned vehicles, three more devices were destroyed on the internal roadstead,” a statement from the ministry read.

Russia also claimed the ships targeted on Saturday morning were involved in ensuring the “grain corridor” as part of the international initiative to export agricultural products from Ukrainian ports.

The agreement, brokered by the UN and Turkey, allowed Ukraine to resume its Black Sea grain exports, which had been blocked when Russia invaded the country.

It was personally negotiated by the UN secretary general and celebrated as a major diplomatic victory that helped ease a global food crisis.

However, Russia complains that its own exports are still hindered, and has previously suggested it might not renew the deal.

Kyiv has accused Moscow of deliberately delaying the passage of ships, creating a queue of more than 170 vessels.

Russia’s Black Sea Fleet was previously targeted in April this year by Ukrainian forces when its flagship, the cruiser Moskva, was sunk. The 510-crew missile cruiser had led Russia’s naval assault on Ukraine, and its sinking was a major symbolic and military blow, the BBC report said.