Lapid faces a tough challenge from former PM Benjamin Netanyahu, who has vowed to make a comeback. 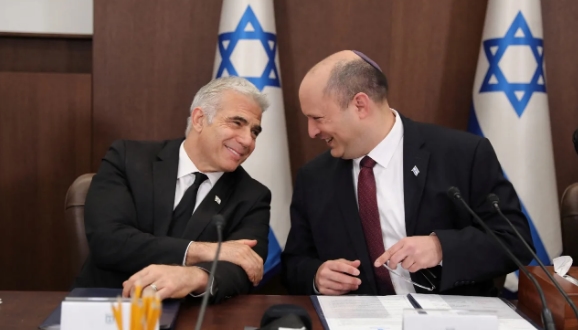 Lapid, head of a centrist party, will lead the country as it heads towards elections on 1 November.

Lapid’s ascension follows the collapse last week of the coalition which he formed with Bennett. The upcoming elections will be Israel’s fifth in less than four years.

Lapid faces a tough challenge from former PM Benjamin Netanyahu, who has vowed to make a comeback.

Although the new prime minister has previously said he is committed to a two-state solution to the conflict with the Palestinians, he is unlikely to begin any bold new initiatives as an interim leader.

Naftali Bennett handed over power to Lapid on Thursday in accordance with an existing agreement to rotate the premiership. Bennett will occupy the post of alternate prime minister until the November election, which he has said he will not take part in.

Israel has seen a record-setting cycle of elections since April 2019 as parties time and again failed to secure enough seats to form a governing coalition with a majority. The Lapid-Bennett coalition temporarily broke the stalemate.

The outgoing government was the most diverse in Israel’s history, comprising eight parties from across the political spectrum – including those with ideologically opposing views. It also contained an independent Arab party for the first time since the state was established in 1948.