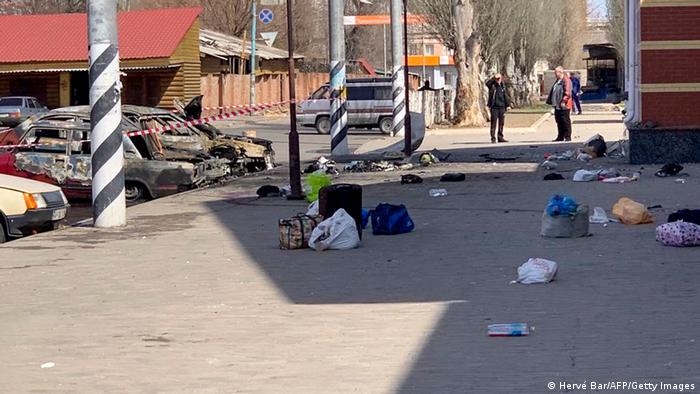 Brussels: World leaders on Friday condemned the strike at the Kramatorsk railway station in Ukraine, which killed more than 50 people and wounded about 100 on Friday.

President of the European Council, Charles Michel, said it was “horrifying” to see the missile hit one of the main stations which was used by civilians evacuating the region.

“Horrifying to see Russia strike one of the main stations used by civilians evacuating the region where Russia is stepping up its attack,” Michel said in a tweet.

“Action is needed: more sanctions on Russia and more weapons to Ukraine are under way from the EU. 5th package of EU sanctions just approved,” he added. EU foreign policy chief, Josep Borrell, strongly condemned this morning’s attack and called it “yet another attempt to close escape routes for those fleeing this unjustified war”.

On Friday, at least 39 people were killed and 87 wounded after two rockets apparently fired by Russian forces hit a railway station in the eastern Ukrainian city of Kramatorsk.