Before Neeraj and Rohit, Davinder Singh Kang was the only Indian male javelin thrower to qualify for a world championships javelin final. 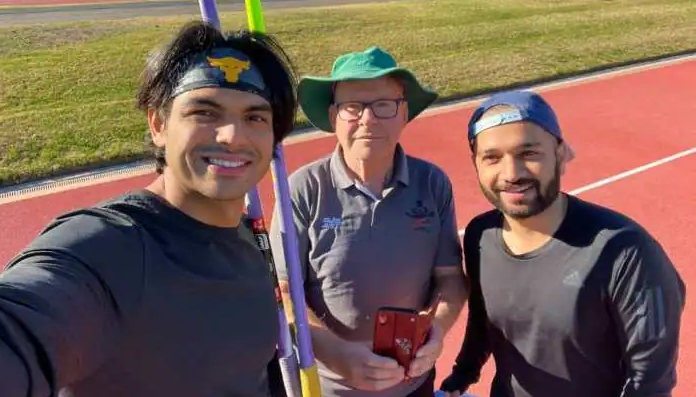 Eugene (USA): It was a good day for Indian athletics as three athletes paved their way to the finals including the reigning Olympic champion Neeraj Chopra here on Thursday (Friday morning in India).

It was ‘One and Done’ for Chopra as he needed just a single throw to make it into the javelin final, the Indian superstar threw 88.39m in his opening throw of the day in the first qualification group.

The automatic qualification mark was pegged at 83.50m.

Besides Chopra, Tokyo Olympic silver medalist Jakub Vadlejch of the Czech Republic breached the automatic qualification mark with a throw of 85.23m in Group-A.

“It was a good start. I am also happy for Jakub. I’ll give my 100 percent in the final. We’ll see. Every day is different. I’ll just give my best. We don’t know who can throw far on any given day,” Chopra said.

“There are so many throwers in good shape now. Five-six throwers have thrown personal bests this year. They are all in excellent shape. There is a little bit of zigzag in my run-up. I shook a little bit, but it was a good throw,” he added.

Later, in the second group qualifications, young Rohit Yadav joined his idol in the final after finishing overall 11th in the qualifications with the best effort of 80.42m.

This is the first time that two Indians entered the World championships Javelin throw final, scheduled for July 23 Sunday (Monday morning in India at 7:05 am IST).

Before Neeraj and Rohit, Davinder Singh Kang was the only Indian male javelin thrower to qualify for a world championships javelin final. Kang finished 12th in London in 2017.

Defending champion Anderson Peters, meanwhile, threw even farther to lead the second qualifying group. The Grenadian’s 89.91m throw would have been enough to be on top.

On the other hand, Eldhose Paul became the first Indian to make the men’s triple jump final at worlds. He finished overall 12th in the qualification to advance to the medal round. He recorded a best jump of 16.68m to make the cut.

The final is slated to take place on Sunday (Monday morning in India at 6:30 am IST).

The other two Indians in the fray, Praveen Chithravel (16.49), also competing in Group A, and Abdulla Aboobacker (16.45), in Group B, however, missed the cut after finishing 17th and 19th respectively.

The qualifying mark for the men’s triple jump finals was set at 17.05m or at least 12 best performers.