The ministerial team deliberated the issue of water availability and its challenges to the participating women. 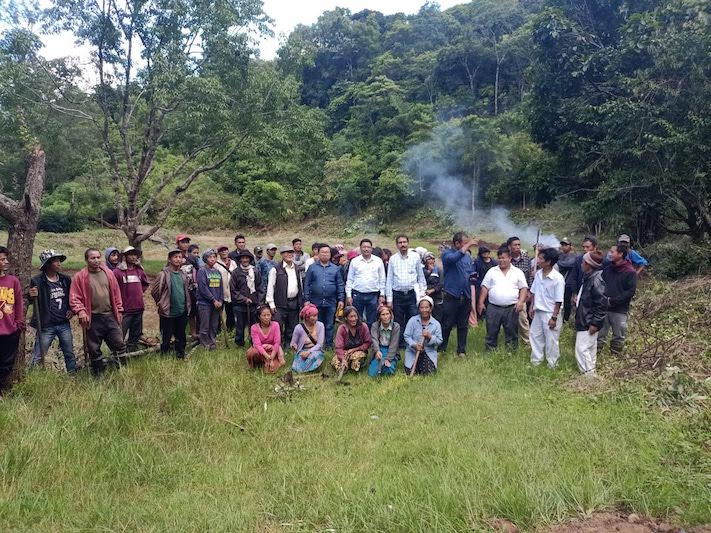 The ministerial team deliberated the issue of water availability and its challenges to the participating women. The womenfolk, in turn, explained their traditional way of harvesting water during rain and how they use that water in their daily household activities. They were sensitized to harvesting more water through various techniques of water harvesting.

Scientist C, Ministry of Jal Shakti, PK Dorle, who is the technical nodal officer of the visiting team, also explained how through traditional and local means rainwater can be harvested for widespread use.

The officials of the district administration, Kamjong told that their water issues will be resolved at the best level by the year-end. The womenfolk appreciated that officials from the Centre and the State government had interacted with them on an issue as essential and important as water, which is very necessary to a woman’s role in her family.

Later, the team also conducted a tree plantation drive at the Transit Camp, Bungpa Khullen, Kamjong. Those officials who attended also took a pledge to plant at least one or two trees each in their nearby area.

The team also visited an Amrit Sarovar project site and a minor project at Bungpa Khullen.