The IPEF is part of the Biden administration’s efforts to counter China’s clout in Asia, following the US withdrawal from talks on the Trans-Pacific Partnership regional trade agreement under Donald Trump. 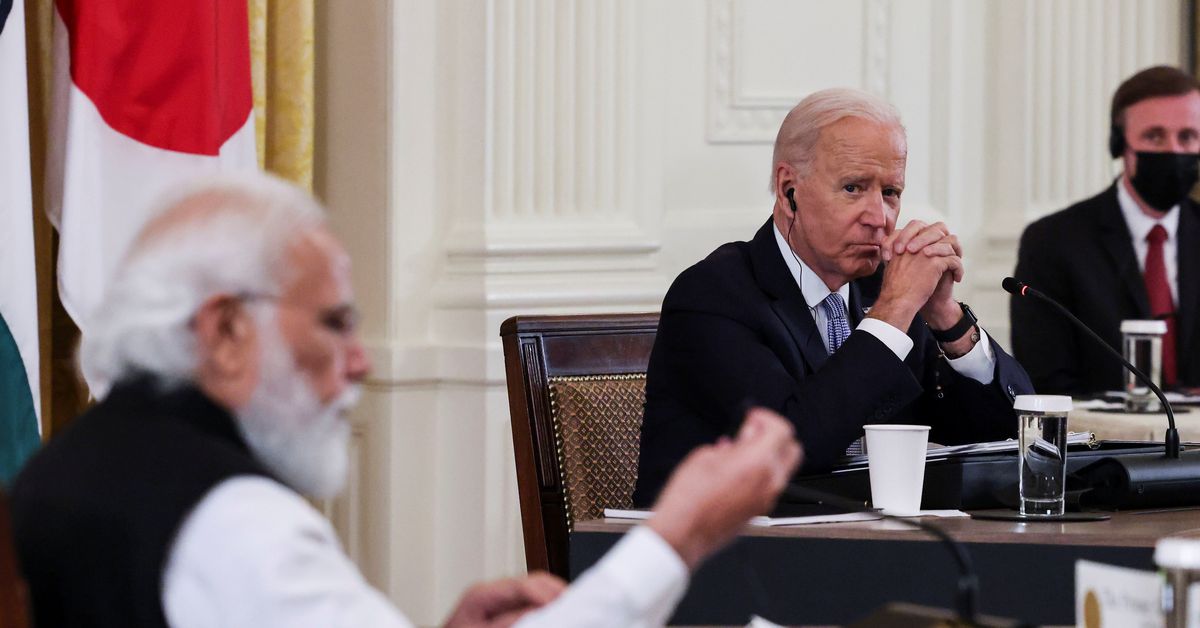 New Delhi: The Quad leaders’ Summit on Tuesday in Tokyo will see the US float the Indo-Pacific Economic Framework regional grouping, with President Joe Biden hoping India would join, even as New Delhi has been non-committal about joining it.

Japan and South Korea are among the countries set to join the Indo-Pacific Economic Framework, with Australia and New Zealand also evincing interest, while Singapore could also join, reports said.

The IPEF is part of the Biden administration’s efforts to counter China’s clout in Asia, following the US withdrawal from talks on the Trans-Pacific Partnership regional trade agreement under Donald Trump. Announced at the East Asia Summit in October 2021, the IPEF is the US’ first attempt to create a large-scale, multilateral, Asia-focused economic strategy.

Ministry of External Affairs spokesperson Arindam Bagchi on Thursday said India has “received details” about the IPEF. “And we are examining it. At this point that’s all I have to say. I would not be in a position to prejudge what might happen in Tokyo or in future, but as I said, we are looking into the initiative or the proposal”, when asked if India would back the Biden administration’s initiative.

According to reports on the IPEF, the US has a strong unilateral dominance in the initiative, which not only excludes China completely, but also regards containment of China as the goal in the discussion of the framework by US officials, which India is not too keen about.

Except for the first section, which is carried out by the Office of the United States Trade Representative (USTR), the other three are all under the responsibility of the Ministry of Commerce.

The United States has stressed that the framework is not a trade agreement and does not include market opening. It has also said that invited countries can choose to participate in any of the second, third and fourth blocks, but to join the first block that promotes fair trade, it must accept the other three blocks.

The framework has already been criticized by senators from both major parties in the US as too narrow to achieve its objectives.

Many of the countries that the US is inviting to join the IPEF are also members of the China-led Regional Comprehensive Economic Partnership (RCEP) and the Comprehensive and Progressive Agreement for Trans-Pacific Partnership (CPTPP). If the framework includes provisions on technology restrictions and supply chain sanctions, it could then affect these countries’ commitments to other international treaties, especially RCEP. The US is not a member of RCEP or CPTPP.