US Embassy in Kabul suspends operations, to function from Doha

In a statement, the embassy said it will continue to assist US citizens and their families from Doha, where the US has transferred its operations. 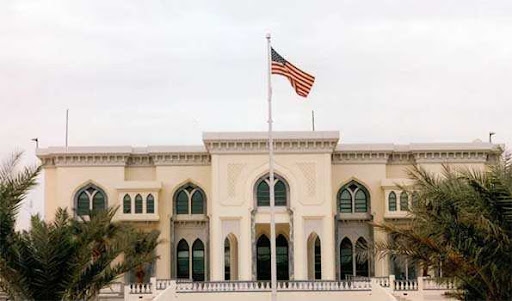 Kabul: The US Embassy in Kabul on Tuesday announced it was suspending its operations following the complete withdrawal of US troops and personnel from Afghanistan, and said it will assist American citizens and their families from Doha.

In a statement, the embassy said it will continue to assist US citizens and their families from Doha, where the US has transferred its operations.

“While the U.S. government has withdrawn its personnel from Kabul, we will continue to assist U.S. citizens and their families in Afghanistan from Doha, Qatar,” it said.

Consular services will remain available outside Afghanistan, the statement.

“The Embassy will continue to provide information via the Smart Traveler Enrollment Program (STEP), the Embassy web page, Travel.State.Gov, and Facebook and Twitter. Consular services remain available outside Afghanistan,” it said.

“The Department of State has no higher priority than the safety and security of U.S. citizens overseas,” it added.

US Secretary of State Antony Blinken took to Twitter to announce a “new chapter of America’s engagement with Afghanistan.”

“As of today, we have suspended our diplomatic presence in Kabul and transferred our operations to Doha, Qatar. For the time being, we will use this post in Doha to manage our diplomacy with Afghanistan,” he posted.

Taliban leaders took over control of the Kabul airport on Tuesday and marked the departure of the last U.S. plane from the country by taking a symbolic walk across the airport’s sole runway.

“The world should have learned its lesson and this is the enjoyable moment of victory,” Zabihullah Mujahid, the Taliban spokesman, said.

On Monday midnight, the last of the US forces left Afghanistan ending America’s presence after nearly 20 years in the country.