Massoud, the son of late Afghan leader Ahmad Shah Massoud, who is leading a several thousand-strong resistance force in Panjshir, said that he will not surrender to the Taliban. 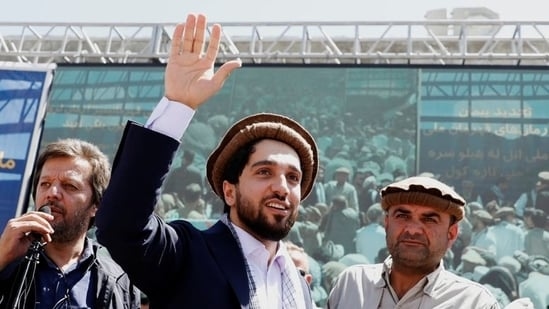 Kabul: Holding out against the Taliban even as the US wound up its operations and left, Afghanistan’s caretaker President Amrullah Saleh and the Resistance leader Ahmad Massoud are determined not to give in and continue their fight in northeastern Panjshir province.

Massoud, the son of late Afghan leader Ahmad Shah Massoud, who is leading a several thousand-strong resistance force in Panjshir, said that he will not surrender to the Taliban.

“I do not recognize the Taliban and I will not surrender to them,” he said in a tweet on Tuesday.

Saleh, who has joined forces with Massoud, said the Taliban are an “unpopular proxy force and hated” and the whole country wants to escape from them.

Taking a pot shot at the US, following its withdrawal, he said a superpower decided to become a “mini power”.

“Afghanistan wasn’t packed and put in the bag of the last US solider. The country is here. The rivers are flowing and the mountains are majestic. Talibs are an unpopular proxy force and hated, that is why the whole country wants to escape from them.

“A superpower decided to be mini power; that is OK.”

Earlier, he tweeted that the Panjshir resistance is not just for the province but for the whole of Afghanistan, with the Afghan national flag flying in full mast. He said his struggle is for rights and values.

“The Panjshir headquartered resistance isn’t for Panjshir but for the whole country. The Afghan national flag is in full mast and hoisted in government buildings. Our resistance is for rights and values. The non Talib Afghans are politically, emotionally and sentimentally with the Resistance,” he tweeted.

Bismillah Mohammadi, a member of the resistance, in a tweet said that on Monday night the Taliban attacked Panjshir, “but were defeated with seven dead and several wounded. Our people should not worry.

“They retreated with heavy casualties.

“This homeland will be liberated from the slaves of Punjab,” said Mohammadi, who served as a minister under exiled President Ashraf Ghani.