While running the campaign, the message of Congress General Secretary Priyanka Gandhi will reach the girl students, UP Congress president said. 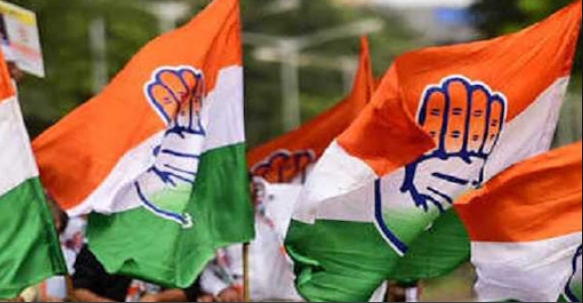 Lucknow: Uttar Pradesh Congress Committee will run a special membership campaign for a fortnight from Constitution Day, November 26 next to December 10.

The party has fixed a target to enrol one crore new members in 15 days under the slogan “One family, new four members”.

UP Congress president Ajay Kumar Lallu told reporters here on Wednesday that under this special membership campaign, five-member teams will be formed in every Nyaya Panchayats or ward. Each team will have an in-charge. About 23000 membership in-charges will be made in the state.

Membership for this big campaign will also have a missed call number-8230005000 where new members can register themselves.

He said the membership campaign is starting on Constitution Day. On this day “Bhim Charcha” and dinner will be organized in villages and wards. Dr Bhimrao Ambedkar, the architect of the constitution contribution will be discussed in the discussion.

The membership campaign will be run at every district/city/town, all the blocks of the district, all the wards of the city/town, all Nyaya Panchayat and Gram Sabha levels.

Every membership team will create 25 new members daily. For this, it will be mandatory to make a missed call by the new member on the missed call number, Mr Lallu said.

He said the membership campaign will be run by installing canopy at major markets, bus stands, railway stations etc. of the city.

Besides membership camp under the banner ” Ladki Hu, Lar Sakti hu ” will be set up in front of women’s colleges/colleges.

While running the campaign, the message of Congress General Secretary Priyanka Gandhi will reach the girl students, UP Congress president said.