The Minister advised the District Level Officers to increase their field visits for the firsthand accounts which will help them for better assessment in implementing the scheme as well as creating awareness to the beneficiaries. 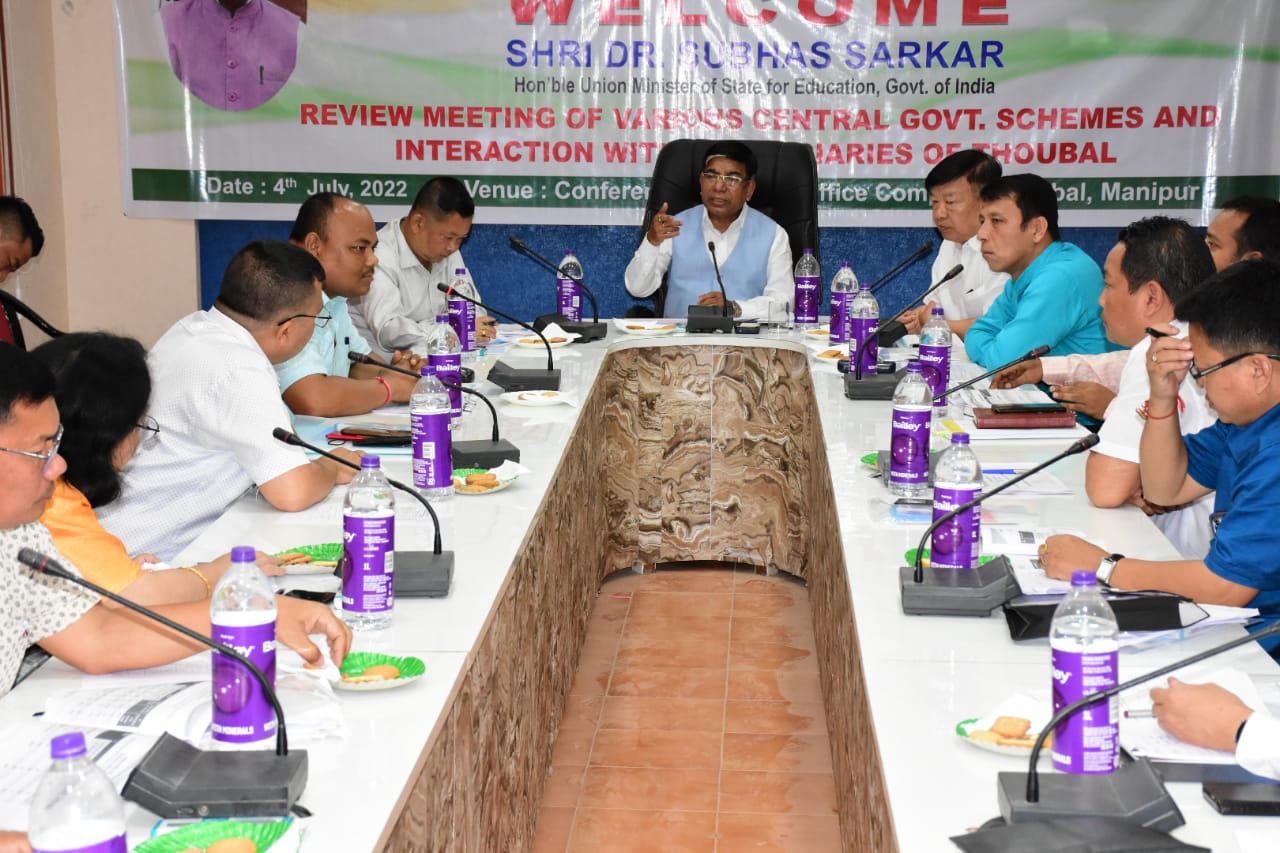 The meeting was attended by Outer Lok Sabha MP, Dr. Lohro S. Pfoze, MLA Heirok AC, Th. Radhesyam and Deputy Commissioner Thoubal,  A. Subhash Singh, IAS, who is also the member secretary of the Committee and other District Level Officers.

The Committee was formed to fulfil the objective of ensuring better coordination among all the elected representatives in Parliament, State Legislatures and Local Governments (Panchayati Raj Institutions/Municipal Bodies) for efficient and time-bound development of the districts.

In the meeting held at the Conference Hall of Deputy Commissioner Thoubal, which was organised by District Rural Development Agency Thoubal, the DLO’S of various departments apprised the Minister about the various centrally sponsored schemes taken up by their respective departments.

The Minister advised the District Level Officers to increase their field visits for the firsthand accounts which will help them for better assessment in implementing the scheme as well as creating awareness to the beneficiaries.

Regarding the Health Department, the Minister advised the District Chief Medical Officer to expand the healthcare services provided at the 50 bedded District Hospital. Deputy Commissioner informed the Minister that procurement of ultrasonography machines has been included in the district plan under the Pradhan Mantri Jan Vikas Karyakram (PMJVK).

The Minister expressed his concern at the low number of applicants approved by the bank for the Prime Minister’s Employment Generation Programme (PMEGP) which is a credit-linked subsidy programme under the District Industries Centre. He urged the officers to provide awareness about the differences between loans and grants to general population and all the stakeholders.

The District Education Officer apprised the Minister regarding various schemes undertaken at the district in the education sector. He informed that 249 girl students and 111 boys are receiving education under Inclusive Education for Disabled Children of Samagra Shiksha Abhiyan for the year 2021-2022. The Minister suggested that all schools must also focus on keeping proper toilet facilities in a sustainable manner.

The District Supply Officer, CAF& PD informed that under the Pradhan Mantri Ujjwala Yojana (PMUY), 4381 connections’ have been issued (till 31st March 2022)  to beneficiaries. He also stated that the distribution of the monthly rice quota of the National Food Security Act(NFSA) from October 2021 onwards for the six assembly constituencies of Thoubal District is 12792.15 quintals. The monthly rice quota (free of cost) distribution under Pradhan Mantri Garib Kalyan Anna Yojana (PMGKAY) from 1st April, 2021 to 31st March 2022 is at 11534.30 quintals.

Later the Union Minister also interacted with the beneficiaries of various centrally sponsored schemes. He also assured them that he will convey the heartfelt appreciation expressed by the beneficiaries to the Centre.

Imphal: The 3rd session of the 12th Manipur Legislative Assembly commenced today with an address from Governor La Ganesan,...
World 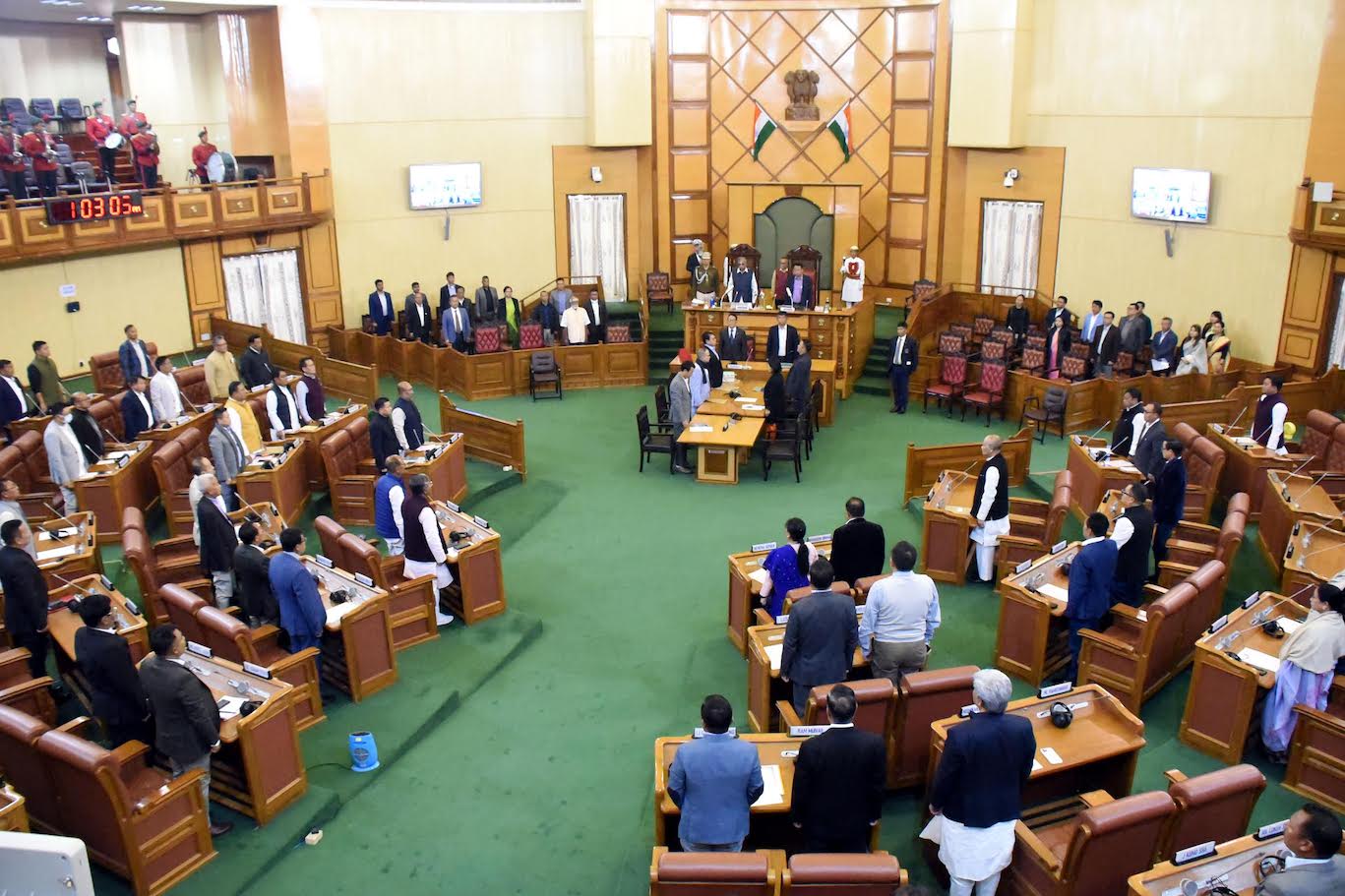