Yadav said Loktak is not only a lake but also an important historic landmark of India’s independence struggle. This is the sacred place from where Netaji Subhas Chandra Bose showed the dream of an independent India to the people of the country. 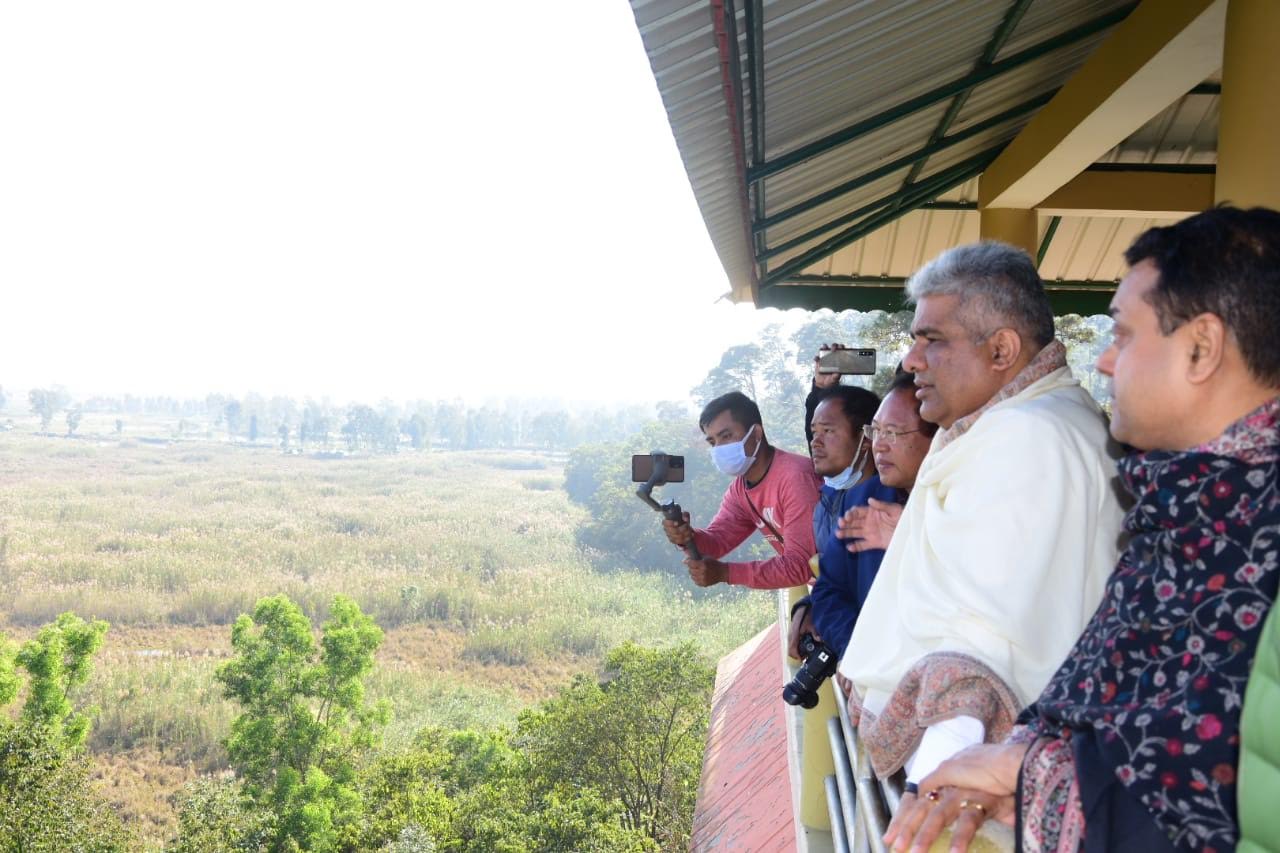 Imphal:  Union Minister of Environment, Forest & Climate Change and Labour & Employment, Bhupender Yadav Monday took stock of the situation of the Loktak Lake and Keibul Lamjao National Park (KLNP) in Bishnupur district which is an abode to various flora and fauna, including the state animal Sangai.

Stating about the specialities of the Loktak Lake, he said that it is the largest freshwater lake in entire North East India and floating land masses/phumdis cannot be found in other places in the world. He said that the Loktak is not only a lake but also an important historic landmark of India’s independence struggle. This is the sacred place from where Netaji Subhas Chandra Bose showed the dream of an independent India to the people of the country.

He said that we should think of developing the natural gift of nature as the periphery of the Loktak Lake has a lot of species including the endangered ones and migratory birds arriving in the lake. He opined that the development cannot be done without the local participation.

He said that development means to protect the natural beauty of the area including the protection of the biodiversity and to give a dignified level of life by uplifting the economic status of the people living in and around the periphery of the lake.

He assured the people that he would be arriving again in the State in January next year to sit along with the representatives of the local authority, local villagers and Ministry of Environment, Forest and Climate Change to discuss the integrated plan. He also assured that he will give full support to the work plan taken up by the State Government.

Chief Minister N. Biren Singh said that we are unable to timely and wisely utilise the gift given by nature in the various forms of flora and fauna which is abundantly found in the State. Stating that presently the Centre has recommended Rs 1,450 crore for the State, he said the focus of the State Government is to make Manipur as a number one tourist spot in the entire country.

Earlier in the day, the State Forest, Environment and Climate Change Minister Awangbow Newmai led a team comprising officials of the Forest Department and Environment Directorate which accompanied the Union Minister Bhupender Yadav at the Keibul Lamjao National Park. He was felicitated at a simple function.

The Forest Department officials highlighted various flora and fauna found in the area and various reports regarding developmental efforts taken by the department for the protection and conservation of the biodiversity in the area.

On the other hand, the Union Minister inquired with the officials of the Forest Department posted at the KLNP regarding the various challenges faced by them while executing their official work and regarding local participation in protection and conservation efforts of the KLNP.