Under his government's rules, Javid is now required to self-isolate for 10 days unless a PCR test comes back negative and he no longer has symptoms, the AFP reported. 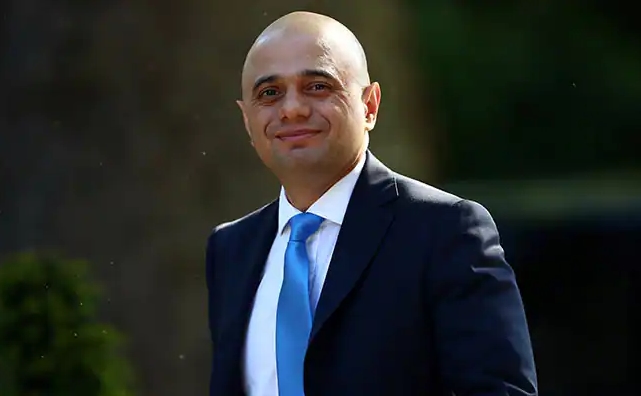 London:  British Health Secretary Sajid Javid said on Saturday he had tested positive for Covid-19 and was self-isolating — just as his government prepared to jettison most pandemic restrictions in England.

Under his government’s rules, Javid is now required to self-isolate for 10 days unless a PCR test comes back negative and he no longer has symptoms, the AFP reported.

Any of his “close contacts” — potentially including others in the government — would have to self-isolate too if they receive instructions from the state-run National Health Service (NHS).

Javid was reportedly at 10 Downing Street on Friday, but there was no immediate comment from spokespeople as to whether he met face to face with Prime Minister Boris Johnson, who nearly died of Covid last year.

This morning I tested positive for Covid. I’m waiting for my PCR result, but thankfully I have had my jabs and symptoms are mild.

Javid also appeared alongside ministers in parliament last week, and one government source told The Telegraph newspaper: “I don’t see how half the cabinet doesn’t end up in isolation by the end of the week.”

Javid has only been in the job since June 26, when former health secretary Matt Hancock resigned following revelations he had broken coronavirus restrictions during an affair with a close aide.

After feeling “a bit groggy”, Javid said he had taken a lateral flow test on Saturday morning which came out positive, and he was now awaiting the result of a confirmatory PCR test.

But he stressed he has received both doses of a Covid vaccine and his symptoms were “very mild”.

Javid said any member of the public feeling symptoms should get a test too.

“If everyone plays their part, you’re not only protecting yourself and your loved ones, but you’re also safeguarding the NHS and helping to preserve our way of life,” he said.

However, with coronavirus cases again surging, many scientists say the government is endangering the NHS with its plan on Monday to scrap most legal pandemic requirements in England.

For the first time since mid-January, Britain’s daily Covid caseload now exceeds 50,000, and Javid has warned the figure could double from that in the coming weeks.

But the government insists that with two-thirds of the adult population now fully vaccinated, the risk can be managed, and Monday has been dubbed “freedom day” by many UK media.

Munira Wilson, health spokeswoman for the opposition Liberal Democrats, said Javid’s test result “shows no one is safe from this deadly virus”.