The former Chief Minister said the publicity campaign of the BJP is a massive task but people know the difference between the governance and administration provided by Congress and BJP. 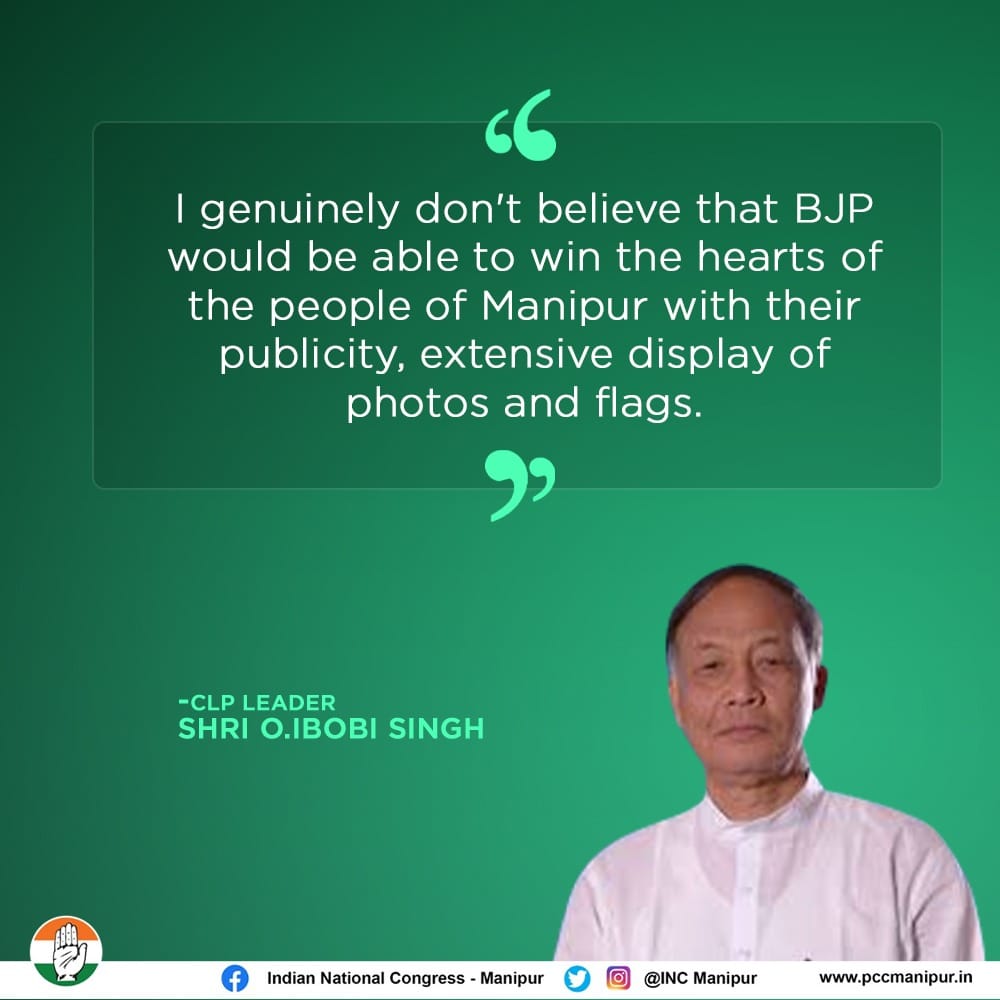 Imphal: People of Manipur should rise and overthrow tyranny with rule of law, said former Chief Minister and Congress Legislature Party leader, Okram Ibobi during the 137th foundation day celebration of the Congress party on Tuesday.

Ibobi addressing the celebration at Congress Bhawan said, Congress believes in the works of the Father of the nation, Mahatma Gandhi. India is a land of diversity and defying all odds, a strong united nation was formed after Independence and India spread the message of non violence to the world.

Our Constitution provides us Equality, Freedom and many other rights, he added. He said the publicity campaign of the BJP is a massive task but people know the difference between the governance and administration provided by Congress and BJP.

The Congress party does not believe in taking credit and giving wrong information, Ibobi said. The railway project started as a national project has not moved forward during the BJP regime, he said.

Ibobi said there were many successful schemes but the BJP government has launched new schemes only on paper without much benefit to the people.Electoral violence has increased as the BJP wants to hold on power by brute force, he said.

Ibobi appealed to the people to thwart all moves to stop violence and continue to work peacefully in a democratic movement as shown by Mahatma Gandhi.  He said it is time to convey the message that violence never triumphs.

Congress President N Loken said people have to wait for a few days to see the end of the dictatorial BJP led government in Manipur.  The threat to the people, employees will end once the code of conduct is enforced, he said.

The BJP will sink in clashes within its workers, he said. He appealed to the people to wait for some time to see a new government which will respect and honour people.

AICC CWC member Gaikhangam said the BJP’s activities were anti national, anti people, anti democracy. If we have to save the country and the people, Constitution, Congress, democracy, people should be saved, he added.

Congress belongs to the people as it was formed by the people and led the freedom struggle. The Congress party does not discriminate against people on the basis of caste and creed, he said.

He recalled the Great freedom struggle to end the yoke of British Imperialism. It was the dedication and sacrifice of our forefathers which led to the birth of a new nation on the basis of its great civilization and culture.

The observation was attended by Congress MLAs, office bearers and large numbers of workers and supporters.