Director-General of Police V S Yadav said Tripura police have employed multiple strategies in coordination with the other security agencies to compel the remaining fraction of NLFT cadres to join the mainstream. 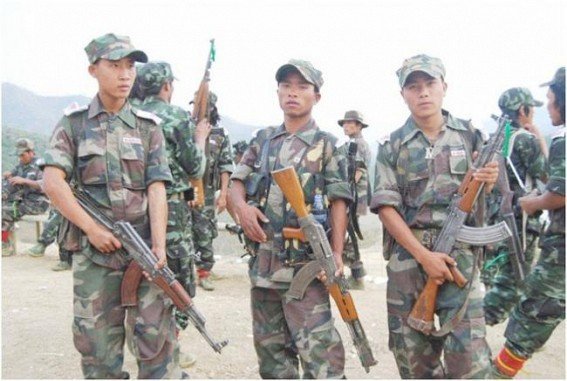 Agartala: Following continuous pressure from the state police another frontline leader of banned militant outfit National Liberation Front of Tripura (NLFT) surrendered before police yesterday without arm and fled away from a hideout of Bangladesh.

Director-General of Police V S Yadav said Tripura police have employed multiple strategies in coordination with the other security agencies to compel the remaining fraction of NLFT cadres to join the mainstream. Besides, the crisis of food, money and other resources many of the cadres have already returned from the insurgency in the past few months and whatever small numbers remained would come back soon, he hoped.

The surrendered militant was identified as Nipen Babu Tripura (33), a resident of Haripur in Gandacherra under Dhalai district who was allegedly involved in the kidnapping of three NPCC workers from Malda Kumar Para along the Indo-Bangladesh border of Gandacherra in December last year and engaged in the collection of extortion from bordering areas of Dhalai district.

According to the report, Nipen Babu had fled away from NLFT base camp Segunbagan under of Khagracherri District of south Bangladesh on March 22 last taking the advantage of the night following starvation. He could manage to cross the Indo-Bangladesh border and surrendered to the

In the afternoon, Nipen was brought to the Special Branch cell of Tripura police for interrogation and police claimed preliminary investigation revealed that he joined NLFT (Biswa Mohan faction) in August 2018 and had undergone training at NSCN (K) General Head Quarter in Tagga of Myanmar with other Northeast extremists.

After training, he had gone back to Bangladesh NLFT camp via Aizawl during the lockdown in July

last year. From there he was deputed to Segunbagan area under Khagracherri in a group for field operation in the bordering areas of Raishyabari, Gandacherra, Ganganagar and Chawmanu police stations of Tripura, police stated.

“In three years of experience in the insurgency, he realized that the so-called fight for the independence of Tripura as allured by NLFT (BM) leaders is a farce and at present, the group is facing serious financial, organizational and Leadership crisis due to sustained pressure from the police and other security forces. Getting frustrated with the present predicament they have no other option left but to surrender and more cadres will come back soon,” Nipen told police during interrogation.